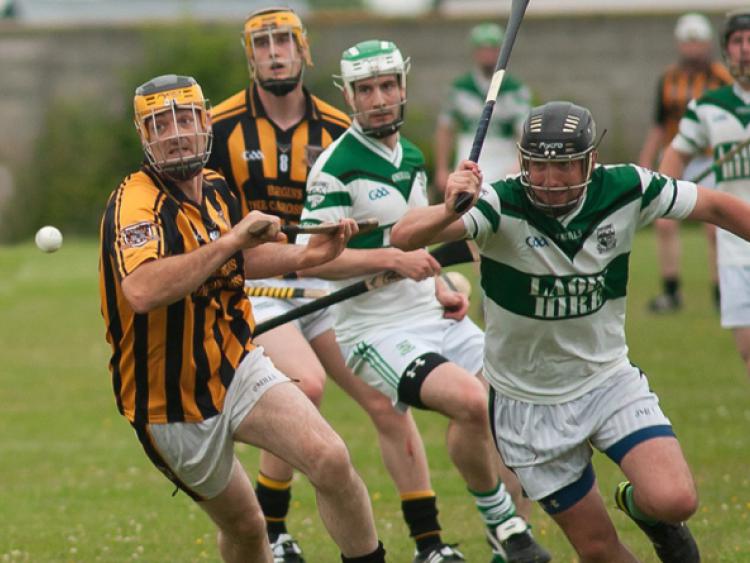 In a game which they led from start to finish, Portlaoise confidently dismissed the efforts of Camross in Rathleague on Thursday evening, racking up an impressive tally of 3-23 along the way.

In a game which they led from start to finish, Portlaoise confidently dismissed the efforts of Camross in Rathleague on Thursday evening, racking up an impressive tally of 3-23 along the way.

Portlaoise dictated the game from the throw-in and never really looked like losing their grasp of the game at any point.

They went four points to no-score up after ten minutes following braces from Noel Costelloe and Tommy Fitzgerald as Camross struggled to find their footing in the game.

Camross gradually worked their way into the game and with a quarter of an hour on the clock they had reduced the gap to two points on a scoreline of 0-5 to 0-3 following points from Dean Delaney.

Portlaoise reasserted their position with Noel Costelloe and Tommy Fitzgerald raising the white flag once again to open up a four point window between the sides with twenty minutes on the clock. Camross responded in devastating fashion with Dean Delaney rifling a twenty-one yard free into the back of the net to bring them within a point.

Portlaoise hit back with corner-forward Dermot Lalor grabbing 1-1 in two minutes, while Dean Delaney kept Camross in contention with a brace of points to leave the score at 1-8 to 1-6 with five points remaining in the half.

Portlaoise closed out the half on a high as they slotted 1-2 in the remaining minutes to hold a deserved seven point lead at the interval. Tommy Fitzgerald was the fastest to react to the loose ball in the square as he slotted Portlaoise’s second goal of the day.

The second half proved to be much less of a contest as Portlaoise opened the floodgates and swept aside the challenge of Camross with the game having lost its intensity.

Substitute Eoghan Whelan came off the bench to slot 1-2 for Portlaoise, Noel Costelloe and Eoin Costelloe fired three second half points each, Keith Murphy and Tommy Fitzgerald landed braces, and Dermot Costelloe completed the Portlaoise scoring with his second point of the day.

Camross kept in touch with points from Dean Delaney (2), Andrew Collier, Damien Keenan and Dan Lalor as Camross fell to an eighteen point defeat at the hands of Portlaoise.