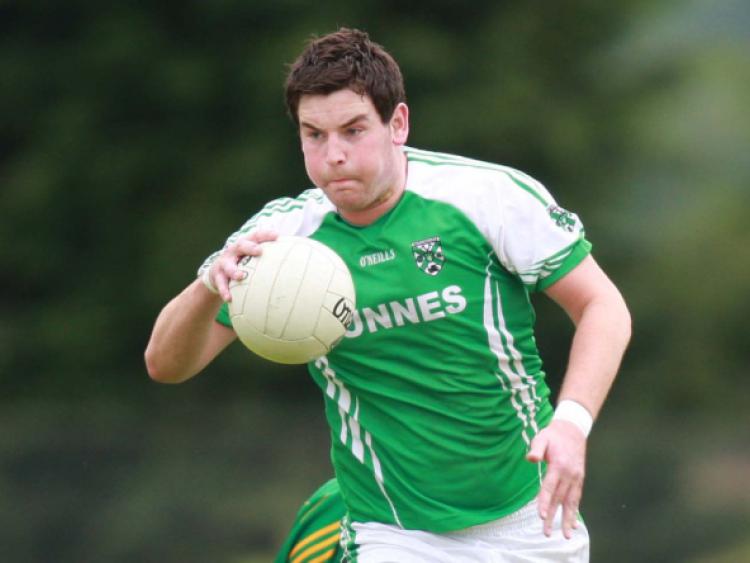 The town of Stradbally, and many other communities both locally and further afield, were in mourning over the weekend after the death of Michael McEvoy.

The town of Stradbally, and many other communities both locally and further afield, were in mourning over the weekend after the death of Michael McEvoy.

Michael (26) passed away early on Sunday morning after a brave and lengthy battle with leukaemia. A talented sportsman, he enjoyed successful careers in both football and rugby.

Not content with football success, he excelled at rugby also. He won a Gale Cup with Portlaoise RFC in 2005, was a two-time winner of the Pat Kelliher Shield for Player of the Year, captained the North Midlands team and won an All-Ireland medal with Carlow IT. He was also playing with Garryowen when he was diagnosed with leukaemia.

Speaking yesterday (Monday) afternoon, Stradbally GAA chairman Martin Kelly revealed that Michael hoped his former team mates would honour him on the playing field. “One thing Mick always said was that he wouldn’t like anyone to drink in his honour, he never drank or smoked, but instead would like lads to train harder to win something in his honour. He would also like that any lad not playing would consider coming back.”

Kelly went on to say. “As chairman, I would like to extend my deepest sympathy to JJ and Catherine (parents), Frances (sister) and Bríd Ann (girlfriend) on their loss.

“Mick represented Stradbally at every level in his playing career, and always did so with great pride and commitment. He was a huge presence whenever he appeared in our dressing room, all of the young members in the club looked up to him, and he was always there encouraging them. Not having Mick around the club will take a lot of getting used to.

“Personally, having known Mick over the years, I think I can speak for everyone when I say he left a lasting impression. He had a certain charm that you had to like, and although he was only 26 years old, he lived life to the full. His parents, sister and girlfriend can be very proud of him.

“Mick was everything you could have asked for, and you could be proud to call him a son, a brother, or a boyfriend. Rest in Peace big man, you will always be remembered, and never forgotten.”

Former Portlaoise RFC President Ciaran Reilly also paid tribute to a young man he had known throughout his rugby career. “Mick was with us from the age of six or seven, he won a Gale Cup in 2005 and multiple youth medals.

“I met him just before Christmas, he was out watching his cousins play. He was a marvellous young man.”

All of Portlaoise’s games were called off over the weekend as a mark of respect. Michael, who played in the second-row, wearing the number five jersey, moved on from Portlaoise when Garryowen of Limerick came calling, as Reilly explains. “Like any player at a junior club, he aspired to greater things. Garryowen looked for him, and he went down to give it a try, and he was there or thereabouts on the team when he got sick.”

Reilly, who also coaches the club’s U-13 team, admitted that McEvoy’s love of rugby and the Portlaoise club always shone through, and he hopes that young club members can take inspiration from him. “Mick was one of our own, I had been telling some of our young players about his struggle and the fight he has shown. Whether it was Portlaoise or Stradbally, they both meant a lot to him, and I have been impressing that on our young players.

“If I can get a fifth of the 20 players I coach to feel the same way about Portlaoise RFC as Mick did, then I will be happy.”