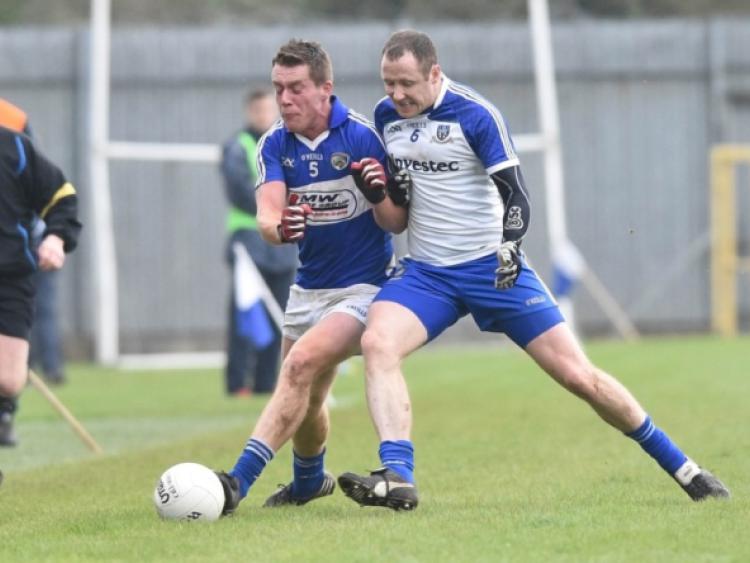 After getting to the break all square with Monaghan in Clones on Sunday, Laois looked well positioned to push on to get two crucial points that would have eased their relegation fears.

After getting to the break all square with Monaghan in Clones on Sunday, Laois looked well positioned to push on to get two crucial points that would have eased their relegation fears.

As it turned out, Laois were unable to raise their game to match Monaghan in the second-half despite continuing to work hard throughout the game.

Manager Tomás Ó Flatharta praised the effort of his team but thought that missed chances had proved costly to his side.

“I have to give credit to the lads for the way they worked so hard right through. We had a few chances and we missed them and that’s probably happened to us in a few games over the last few games. If we had converted those, the story might be a bit different. They tried and tried up to the very end.”

One crucial miss came late in the first-half from Padraig McMahon and the manager agreed that had it been taken, it would have put a different complexion on the game.

“It would have. We were in for a goal chance at that time and if it had gone in it might have been a different story but look, you can’t be just thinking of those things after a game. Next weekend is going to be a big game for us and we need to work really hard on that game.”

After a slow start, Laois wrested control of the game from Monaghan and were the stronger team in the latter stages of the opening 35 minutes.

“They battled very hard for each other,” commented the Laois manager. “I thought coming up to half-time they were playing very well. We’ve seen what Monaghan have done to other teams in the first-half up to now and we were well in it at half-time. Even in the second-half we were well in it for a long time. They fought very well for one another and got some good scores. Probably we made a few errors here and there with our handpassing and some unforced errors which let Monaghan in for a few scores.

While Monaghan kept the scoreboard ticking over with points, they never got a clean sight of Graham Brody’s goal, a fact not lost on the manager.

“I must say the defence played very well. Even on the kick-outs, we dominated with our quick kick-outs. Unfortunately the result didn’t go our way even though I thought the performance was very good.”

Laois now go into their final game with Down in the relegation places and Tomás Ó Flatharta is under no illusions as to just how big a game it is for his side.

“We have to win our next game to stay up. Doing the maths, we’re depending on other results as well. We have Down and it’s a home game for us. That really doesn’t make much of a difference in the National League the way it is at the moment. We have to be up for that game and I think overall the lads have been working very hard in all the games but unfortunately the results haven’t gone our way.”