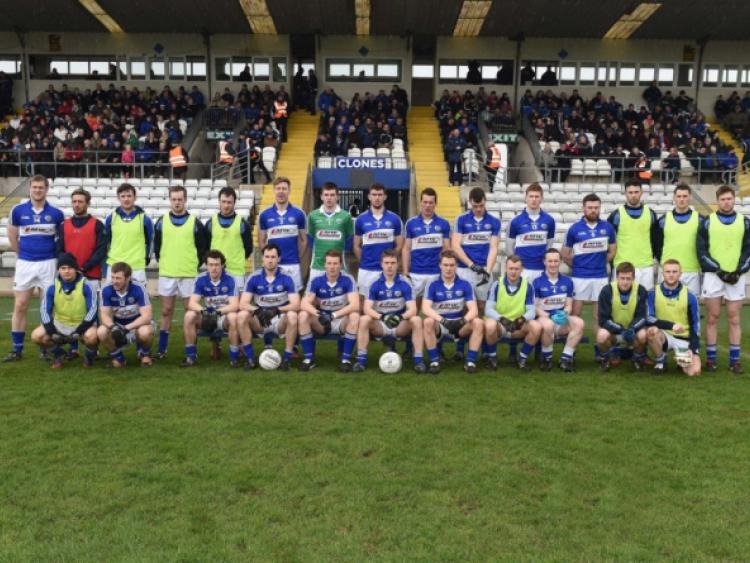 Defeat to Monaghan, coupled with Galway’s win over Armagh, leaves Laois staring down the barrel of relegation to Division 3 going into their final game against Down.

Defeat to Monaghan, coupled with Galway’s win over Armagh, leaves Laois staring down the barrel of relegation to Division 3 going into their final game against Down.

Laois no longer control their own destiny going into that game in O’Moore Park but they still need to take care of their end to have any chance of staying up as a defeat to Down would seal their fate.

Getting the win next Sunday is Tomás Ó Flatharta’s primary objective.

“We have to win our next game to stay up. Doing the maths, we’re depending on other results as well.”

Those other results Laois supporters will be anxiously keeping an eye on will be from Clones and the Athletic Grounds. In Laois’s favour is the fact that the teams they are battling against to stay in Division 2 are each facing one of the joint leaders, Galway travel to play Monaghan while Armagh will host Donegal

Laois currently have four points with Galway and Armagh a point ahead on five going into the final round of games. If Armagh and Galway both win, it is out of Laois’ hands however if Laois prevail against Down and either Galway or Armagh lose, Laois will retain their position in the second tier in the league.

While it will not be to the forefront of Tomás Ó Flatharta’s mind going into the game, a draw could even be enough to secure survival. In that scenario, Laois would need Galway to lose as they have the edge over the Tribesmen on head to head. If both Armagh and Galway lost, Laois would have the edge on score difference. If just Laois and Armagh finish level on points, Armagh would stay up by virtue of their head to head record.

Since the change in league format in 2008, Laois have always been either in Division 1 or Division 2 but that run is in danger of coming to an end this Sunday.

There are no such problems for the county’s hurlers who will again compete in Division 1B next season.

On Sunday they hosted All Ireland Champions Clare and despite being reduced to 14 men after just 22 minutes, Cheddar Plunkett’s side put it right up to their high profile visitors losing out by just four points after a thrilling game.

The hurlers’ focus now switches to the Leinster Round Robin which starts for Laois on May 4. However despite their strong displays in the league, the manager is taking nothing for granted.

“We are looking forward to a Leinster Round Robin in a couple of weeks time, that’s a very, very tricky route for us.”