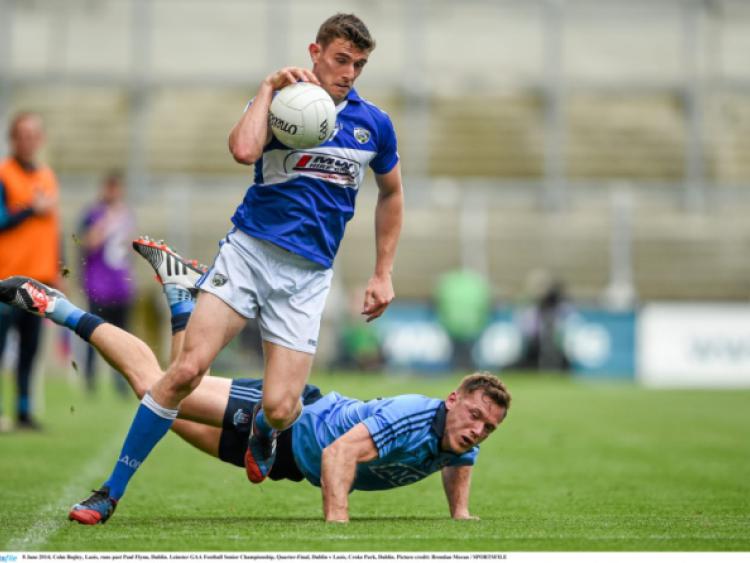 Laois senior footballers will face Fermanagh in the first round of the All-Ireland Qualifers, after the draw was made yesterday morning.

Laois senior footballers will face Fermanagh in the first round of the All-Ireland Qualifers, after the draw was made yesterday morning.

Tomas O Flatharta’s charges were praised in most quarters for their performance against Dublin on Sunday, and while they were ultimately beaten, their focus must now quickly turn to Fermanagh.

They will face up to the Ulster side in O’Moore Park on June 21, in what is likely to be a double-header with the minor hurlers, who are due to play Kilkenny in the Leinster MHC semi-final on the same day.

Fermanagh found themselves in the draw after losing their Ulster SFC quarter-final to Antrim by two points, 2-18 to 3-13, earlier this month.

The last time the teams met in a competitive games was in the NFL in March 2009, when Laois won 0-23 to 1-14 on the same evening that Ireland won the Six Nations Grand Slam against Wales.

Eight of the Laois team that night are still involved, and Laois will be hoping to maintain their impressive form in the Qualifiers in recent years.

They will welcome back Denis Booth, as his two game suspension, which he picked up after receiving two straight red cards in the league, has now been served.

He will try to break his way into a team which has been performing well, while Mark Timmons will also be hoping to prove his fitness after missing both championship games so far with a hamstring injury.

Speaking after Sunday’s loss to Dublin, Laois manager Tomas O Flatharta, while still to learn his opponents, was sounding a word of caution to his players. “We need to go away from today and we need to look at what worked well for us, we need to see what changes we need to make to our game and where we need to improve.

“We need to be really careful, even though we put in a good performance for long periods of the game, we need to be very careful of getting complacent, we have a lot of improving to do and a lot of work to do. Yes, we will be looking forward to the qualifiers in three weeks time.”

Laois lead at half time against Dublin, and remained competitive for much of the game, but Dublin still ran out 11 point winners. See inside for report and reaction.