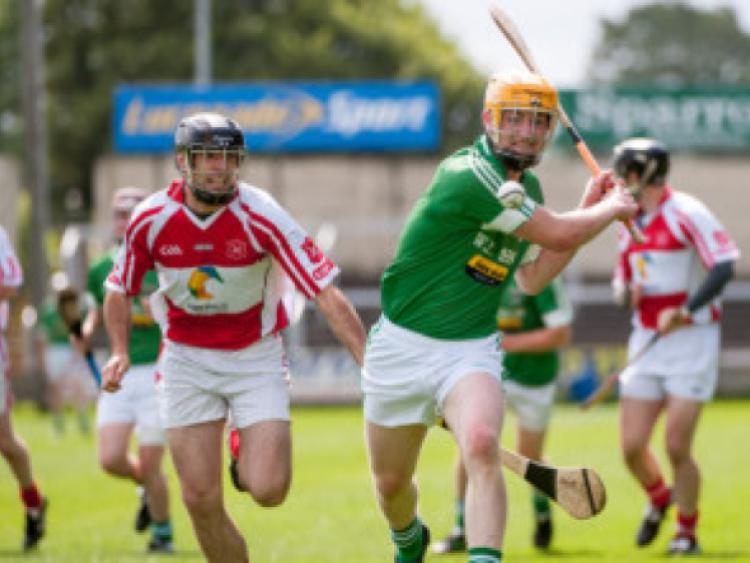 Rosenallis started with no fewer than eight changes to the team listed in the match day programme in O’Moore Park on Sunday morning and, whether through choice or tactics, it certainly worked for them in the first period as they built a six point lead.

Rosenallis started with no fewer than eight changes to the team listed in the match day programme in O’Moore Park on Sunday morning and, whether through choice or tactics, it certainly worked for them in the first period as they built a six point lead.

However they failed to build on their half time advantage and paid the price allowing St Fintan’s back into proceedings. The Mountrath men had the temperament and composure to work themselves back into things and a dominant second half display saw them take the spoils.

The villagers were first to register in the seventh minute when Ruaidhri Fennel flicked over from fifteen yards. Patrick Keating doubled the lead in the tenth minute with a good thirty yard effort. Mountrath finally got on the scoreboard on the quarter hour through a Dan Russell free.

The only real goal threat of the first period came from Rosenallis’ keeper Dillon Creigh whose close range free crashed off the post. The resulting rebound was flashed over by Joseph Keating to give Rosenallis a 0-3 to 0-1 lead.

A second Dan Russell free on 20 minutes reduced Mountrath’s arrears to three but Rosenallis finished the half the stronger hitting the final three points, a Ronan Murray fifty yard effort the pick of these which saw the villagers take a 0-8 to 0-2 lead into the break.

Harsh words must have been exchanged in the Mountrath dressing room at the break as they hit the first three points of the second period, Colm Lanham, Dan Russell and Mattie Rice all on target to reduce their deficit to three.

Having dominated the first period, Rosenallis were now finding it increasingly difficult to make the ball stick up front. Mountrath’s Brian Russell showed an excellent touch to slot over from forty yards in the 41st minute, again reducing the deficit to three.

Things would go from bad to worse for Rosenallis two minutes later when a James Hyland ’65 was diverted into his own net by Rosenallis custodian Dillon Creagh, levelling the sides for the first time. Rosenallis responded well with two Brian Fitzpatrick frees but Mountrath had the momentum.

A neat score from sub James O’Keefe levelled the scores for the third time in the 52nd minute as the pendulum began to swing more and more in Mountrath’s favour.

A Dan Russell free a minute later gave Mountrath the lead for the first time but to Rosenallis’ credit, they weren’t done yet and a superb run by John Lennon yielded a free which Fitzpatrick tapped over to level the sides once gain 1-10 to 0-13.

However in the last minute a point from a Dan Russell placed ball was enough to give Mountrath the slimmest of victories in this tight struggle.

Rosenallis will rue not putting more points on the board when they dominated in the first period but Mountrath had the resolve to fight their way back and given their second half display were deserving winners at the finish.