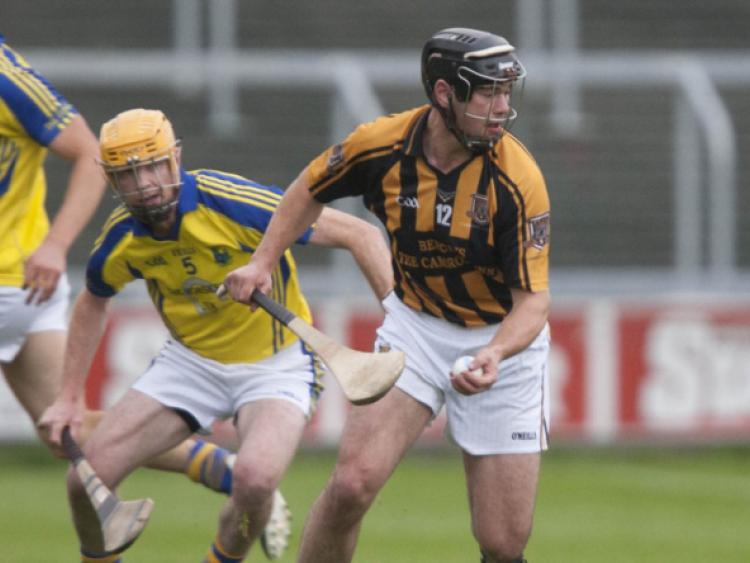 A clinical display from Camross saw them book their place in the semi-finals of the Laois SHC at the expense of Abbeyleix on Saturday night.

A clinical display from Camross saw them book their place in the semi-finals of the Laois SHC at the expense of Abbeyleix on Saturday night.

In what was a closely fought game for the majority, it was Camross’ ability to make the most of their chances which separated the teams at the final whistle.

Abbeyleix have come a long way in a short space of time, but to get back in the running for this championship they will have to sharpen things up in the forward line.

They finished with 14 wides, a handful of those from scoreable frees, and just didn’t have the composure Camross had in the final third.

The reigning champions were not at the level they have shown in the past, but they could work scores whenever they needed them and got some lovely points over the course of the game. Their final tally of 0-19 was good shooting too.

Abbeyleix almost made a sensational start to the game, as Eoin Reilly got clean through seconds after the throw in, only to see Tadhg Doran sprint off his line and save the shot at point blank range. In the ensuing scramble for possession, Abbeyleix were awarded a 21 yard free, which Eoin Reilly stepped up to take. He opted to go for goal, but his powerful drive was blocked on the line.

Camross took advantage of that missed chance by opening the scoring two minutes later, with Darren Gilmartin splitting the posts with a free. Abbeyleix thought they had drawn level soon after when Dayne Peacock sent a sideline cut towards goal, but despite initially seeing the score awarded, it was subsequently deemed to have gone wide.

Enda Rowland came out from between the posts to get their first score from a free in the seventh minute, with Eoghan Fennelly adding another moments later to put Abbeyleix ahead.

Darren Gilmartin hit back for Camross with a good point under pressure, and that set the tone for most of the first half, as neither side could build up much of a lead. Tomas Burke and Eoghan Fennelly traded points midway through the half before Camross became the first side to string two points together back-to-back, from Gilmartin and Joe Phelan.

That put them two ahead, and they would maintain that lead all the way to half time, althought they were lucky to do so as Eoghan Fennelly’s scoring touch deserted him from placed balls.

Abbeyleix got within one four minutes from half time, but two points in a row from Tomas Burke and Ciaran Collier saw Camross with the biggest lead of the game at three points. Joe Bergin kept Abbeyleix in touch at half time though with the last point before John Lalor sent the teams to the dressing rooms.

Abbeyleix had their chances to draw level after the restart, but could only get within one thanks to Eoin Reilly’s free.

They would regret not taking those chances, as Camross started to make their move after that. It started with a point from Ciaran Collier in the 37th minute, with Dean Delaney adding another two minutes later after claiming a puckout from Tadhg Doran. Darren Gilmartin and Delaney again saw Camross open up a five point lead, as they started to move through the gears.

Ryan Peacock had a goal chance for Abbeyleix moments later but his powerful shot flew over the bar, and again Camross made them pay, as they hit three points on the trot. Darren Gilmartin, Tomas Burke and Dean Delaney were all on target as it became increasingly clear that Camross were going to go on and claim the win.

Three Eoin Reilly points for Abbeyleix gave them hope of a late comeback, but Camross jeld them at arms length to claim the victory.