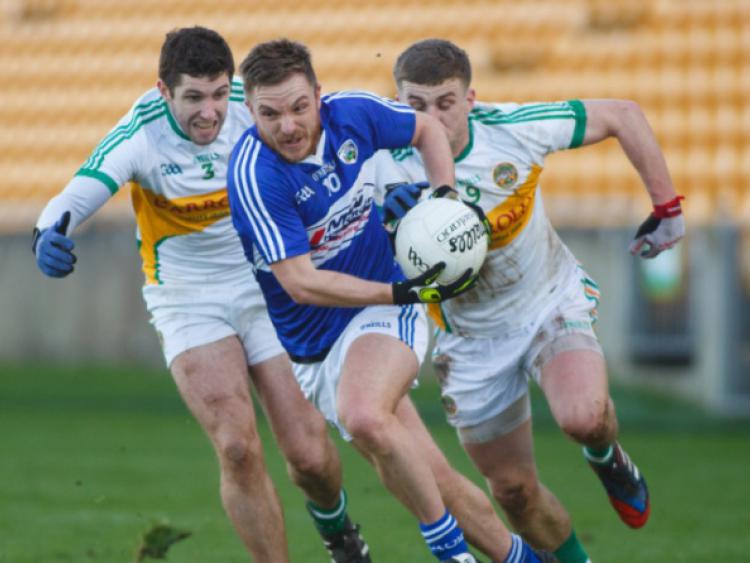 It is never wise to read too much into early season performances as teams are usually understrength and are in the midst of heavy training for the upcoming league campaign.

It is never wise to read too much into early season performances as teams are usually understrength and are in the midst of heavy training for the upcoming league campaign.

After looking strong in the first-half against Offaly last Sunday in their opening match in the O’Byrne Cup, Laois spluttered to a near standstill in the second-half as the home side went up a gear to take control of the game.

With his hood up to protect against the biting wind cutting through the tunnel in O’Connor Park, Laois manager Tomás Ó Flatharta likened his side’s performance to restarting a car that has been left sitting for an extended period.

“We’re trying to fire dirty petrol out today, and there’s a good bit more of it to be blown away, but it’s good to get the games.

“A lot of rustiness from our point of view anyway. In the first-half, we were pleased enough the way we were going. I suppose the second-half, they dominated around the middle area and we were under the cosh for a long part of the time but we were trying out a lot of new lads today. It’s early January. Offaly were too good for us in the second-half basically.”

Without several players who are likely to start in the league opener against Westmeath on February 1, Tomás Ó Flatharta was not overly concerned by the performance in the second 35 minutes.

“We have seven or eight lads playing with colleges at the moment and some of those lads played in the Hastings Cup on Saturday as well. They would be carrying heavy legs after that. We’re looking forward to having those lads back after the colleges are finished. There’s quite a number of lads injured. There’s a long, long list of them. Mark Timmons who wasn’t there today. There’s Donie (Kingston) and Paul (Kingston), Brendan Quigley will be in for consideration on Wednesday night and Sunday so he’ll be back. Niall Donoher is working hard to get his fitness as well. We have the league coming up and I’d be hoping that we’d be well in contention this year.”

Despite the result, there were positives to take from the game with the manager agreeing that both John O’Loughlin, before his black card, and Brian Ging had

“John O’Loughlin was doing very well. They probably started to dominate around that middle area when he went off. Those things happen in games and you just have to cope with it when you lose a guy like that. They did start to come into it alright after that and he was a big loss to us. Brian did a lot of covering. We brought him in after his county championship performances, we thought he was doing well. He put in a solid effort today and hopefully we’ll be giving him a run the next day.”

Laois are in the middle of a heavy training schedule at the moment, training Tuesday, Thursday and Saturday and with players playing numerous games in a short period of time, Tomás Ó Flatharta is cognisant of the higher risk of injuries.

“You don’t just look at those three games, you also have to look at the Hastings Cup which they played on Saturday and they’ll be playing again next Saturday again. It’s a very heavy toll on some of those U-21s which we are trying to manage, the amount of time that they get on the field. We just have to be very careful of that. As regards picking up injuries, there’s always a danger of it when lads are overloaded that injuries do happen. We recognise that fact.”

Laois now face Maynooth University on Wednesday night in Portarlington at 7.30pm with Dublin visiting the same venue next Sunday with a 2pm throw in and the manager will be hoping his side is firing on all cylinders.

Meanwhile the Laois hurlers get their first competitive action of 2015 next Sunday when they host UCD in Abbeyleix at 2pm. Laois are in Group 3 which also includes Wexford who Laois will host on January 25.