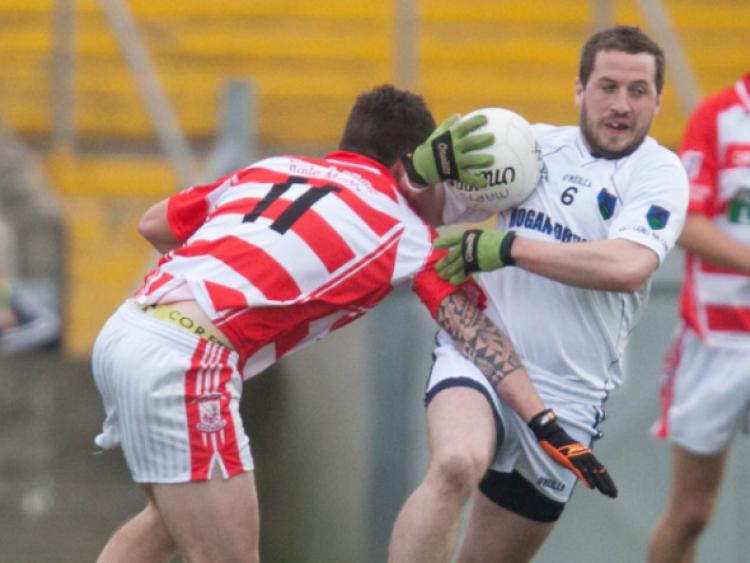 Four first half goals were enough to see Courtwood win their first ever game at provincial level against St Mary’s Maudlintown in O’Moore Park on Sunday.

Four first half goals were enough to see Courtwood win their first ever game at provincial level against St Mary’s Maudlintown in O’Moore Park on Sunday.

Indeed, never was the old maxim that goals win games more relevant, as Courtwood managed to score just two points over the course of the game.

Most days you only manage six scores you end up disappointed, but it wasn’t to be the case this time around.

All four goals were superb as well, from excellent finishes to wonderful team moves which started with them playing the ball out of their own defence and sweeping forward at pace.

They now progress to a quarter-final date with Cortown of Meath in two weeks time, but they will know themselves they will need a better spread of scores if they want to go further in the competition.

They got off to the most ideal start possible, as they won possession from the throw in and broke forward. The ball was worked to Andrew Mulhare on the right side of the penalty area, and his powerful shot flew into the bottom left corner.

With wind advantage, the pressure was on Courtwood to build up a lead by half time, and while they weren’t scoring regularly, they were certainly making each score count.

Six minutes after Mulhare’s strike, they strung a wonderful passing move together from their own half back line, and it ended with Colm Wilson cutting into the penalty area and placing a low shot beyond Paul Dempsey and into the bottom corner.

St Mary’s opened their account in the ninth minute when Dermot Flood tapped over a close range free, but that would be the sum total of their scores in the first half.

Ten minutes after Courtwood’s second goal, they were cutting through the St Mary’s defence once more for their third.

Mark O’Halloran popped the ball through to David Duffy, and when it looked like he was about to shoot, he passed across the penalty area to an unmarked Niall Donoher. He rounded Paul Dempsey and fired into an empty net as Courtwood’s remarkable run of goals continued.

St Mary’s were in for a goal themselves a couple of minutes later, but Eamonn O’Connell poroduced a stunning save to deny Dermot Flood.

Courtwood got their first point a minute later, from substitute Danny Luttrell, but the best of their four goals arrived just before half time.

A nice exchange of passesdown the left wing ended with David Duffy putting Andrew Mulhare through, and his rising shot off the outside of his right boot flew into the top right corner of the net, leaving his side 4-1 to 0-1 ahead at half time.

That left St Mary’s with a mountain to climb in the second half, although they made a bright start with two points in the opening three minutes of the half from Jason Swords (free) and Donal O’Leary.

Courtwood’s one and only score of the second half came nine minutes in, as Colm Wilson pointed a 14 yard free, and from there to the end, it was a matter of hanging on and keeping St Mary’s at bay.

The Wexford side steadily chipped away at Courtwood’s lead, but not with enough urgency to ever get close enough to win. They scored the last seven points of the game, but they couldn’t get through the Courtwood defence to get the goal they needed, as four points separated the teams at the final whistle.