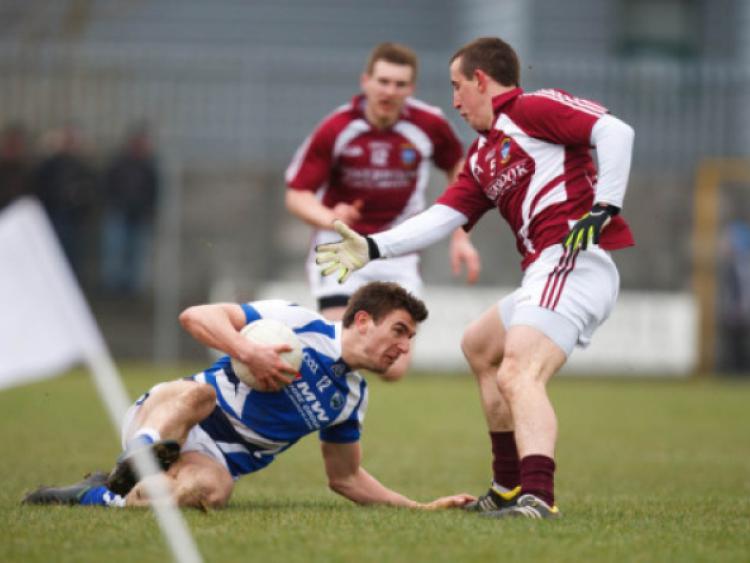 Following their defeat to Westmeath last Sunday, Laois lie third from bottom of the Allianz Laegue Division 2 table only one point on score difference out of the relegation places.

Following their defeat to Westmeath last Sunday, Laois lie third from bottom of the Allianz Laegue Division 2 table only one point on score difference out of the relegation places.

That makes their third last game with Galway this Saturday night in O’Moore Park a crucial fixture for Justin McNulty’s side if they are avoid getting dragged deeper into relegation trouble.

However such is the congested nature of the division with the teams from second to seventh covered by just two points, a victory over the Tribesmen would catapult Laois back into the promotion race.

Galway come into the game off the back of a hard fought and high scoring win over Longford courtesy of a scrambled late goal from Paul Conroy. Galway had opened their campaign with a win over Derry but a subsequent defeat to Louth and a draw at home to Westmeath had left Alan Mulholland’s men languishing near the foot of the table. Last Sunday’s victory has seen them jump to third in and they will be coming to Portlaoise hoping to cement their position in the promotion race.

While Laois were struggling on the pitch against Westmeath, their five man team of statisticians were having their own problems in Cusack Park. As they do in most venues, the team took up their position in the press box in preparation for the game. However just before throw-in, a Westmeath County Board Official demanded they leave despite the fact that the journalists present made no complaint and were quite happy for the stats team to stay.

Despite this, the official threatened to get the Gardai involved if they did not leave. After he left the press box, the situation was sorted out when the Westmeath County Board Chairman intervened saying they could stay as there was obviously plenty of room.

However that was not the end of the drama as minutes later a Garda entered the press box and again asked the stats team to leave. It was quickly explained to him that the situation had been resolved and the statisticians were allowed to get on with their job of videoing the game and recording the key statistics.

Meanwhile there was no such drama for the Laois hurlers who continued their recovery under Seamus Plunkett with a good win over Kerry in a bitterly cold O’Moore Park. Laois are the only team in Division 2A with a 100% record after two games but they face a tough test next Monday when they travel to play Westmeath who bounced back from a surprise opening defeat to Kerry with a win over Derry last Sunday.