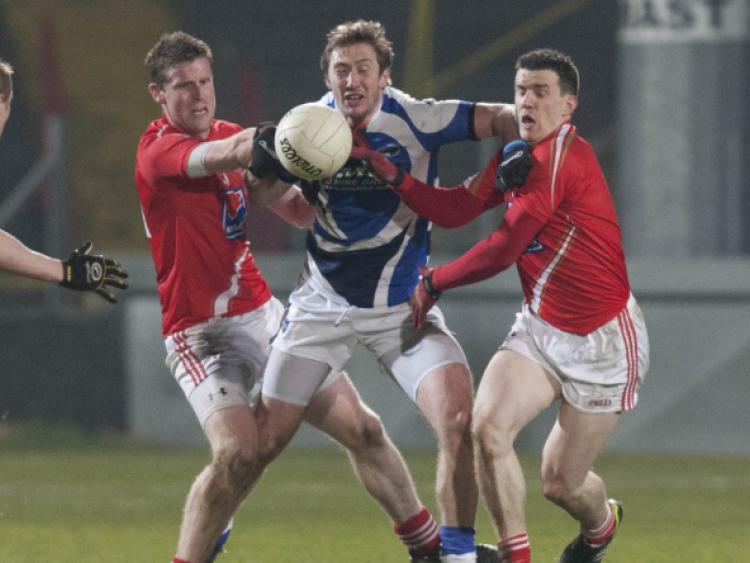 Laois senior footballers will look to get their 2013 championship campaign off to the perfect start this Sunday when they welcome Louth to O’Moore Park.

Laois senior footballers will look to get their 2013 championship campaign off to the perfect start this Sunday when they welcome Louth to O’Moore Park.

Justin McNulty hopes to have a fully fit panel to pick from, as he admits that a few “niggling injuries” some of the squad have been suffering with should be cleared up in time for the game this this weekend.

Speaking ahead of the clash with Louth, the Armagh man was feeling positive about the readiness of his team for the Leinster Championship opener. “We’ve a few niggling injuries which we hope will clear up before we play. We’re getting focussed, we’re getting prepared and we’re getting ready for battle.”

McNulty is not expected to name his team until later in the week, with the big decisions to be made around the centre-back, midfield and centre-forward areas, all positions which the Laois management team failed to find consistency with during the league.

It is over a month and a half since Laois’ last competitive outing, although they have had some challenge games since then, including one feisty encounter with Down last month. They also played Cork last Friday night as part of the official opening to Emo’s new grounds, losing by three points.

Louth will be hoping to spring something of a surprise by claiming the win, although Laois, and McNulty in particular, are unlikely to underestimate them after a thrilling league encounter between the sides finished in a draw.

In Aidan O’Rourke they have a canny, tactically astute manager also who is capable of making an instant impact at this level, and with Laois ultimately eyeing some silverware this year, they will have to be wary of not being caught on the hop by Louth on Sunday afternoon.

The bookies have made Laois the favourites, with Paddy Power listing them at 1/2 ahead of Louth at 2/1. Tickets for the game will cost €20 for the stand and €10 for the terrace, with reductions for OAPs and students.

The footballers will be hoping to repeat the success of the hurlers over the weekend, when they defeated Antrim to book a place in the Leinster quarter-final against Carlow on June 2. The minor hurlers also won, defeating Offaly 4-16 to 0-13. See pages 85-87 for coverage.