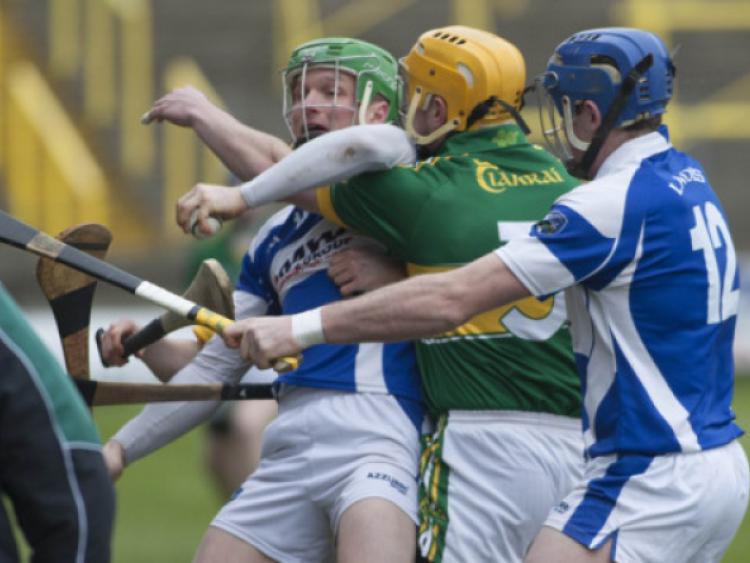 THERE were mixed fortunes for the Laois hurlers and footballers on Sunday with one side in pole position for promotion with the other being dragged into the relegation battle.

THERE were mixed fortunes for the Laois hurlers and footballers on Sunday with one side in pole position for promotion with the other being dragged into the relegation battle.

Laois hurlers’ recovery under Seamus Plunkett continues after a 2-20 to 2-12 win over Kerry in O’Moore Park.

Leading by 1-9 to 1-6 at the break having hurled against the wind thanks to a Stephen Maher goal before the break, Laois pushed on in the second half adding another 1-11 with the second goal coming from Andrew Collier.

Laois are top of Division 2A with two wins from two and they travel to play Westmeath in the next round next Monday.

Meanwhile the footballers have already paid their visit to Mullingar and the two point defeat they suffered leaves them right in the middle of the relegation battle.

Laois were certainly not helped by a series of questionable refereeing decisions including the awarding of an early penalty which gave the home side a foothold in the game playing against the win.

Having struggled for early scores, Laois rallied late in the half and went to the break leading by 1-6 to 1-3 with the goal coming from Gary Walsh.

Westmeath drew level with ten minutes to go and late points from Dessie Dolan and John Heslin sealed the win.

Laois are now third from bottom of the table and are only out of the drop zone by a single point on score difference. They face Galway in O’Moore Park next Saturday evening knowing a defeat would leave them staring down the barrel of relegation.

For full reports on both games and reaction see this week’s Leinster Express. On sale on Tuesday