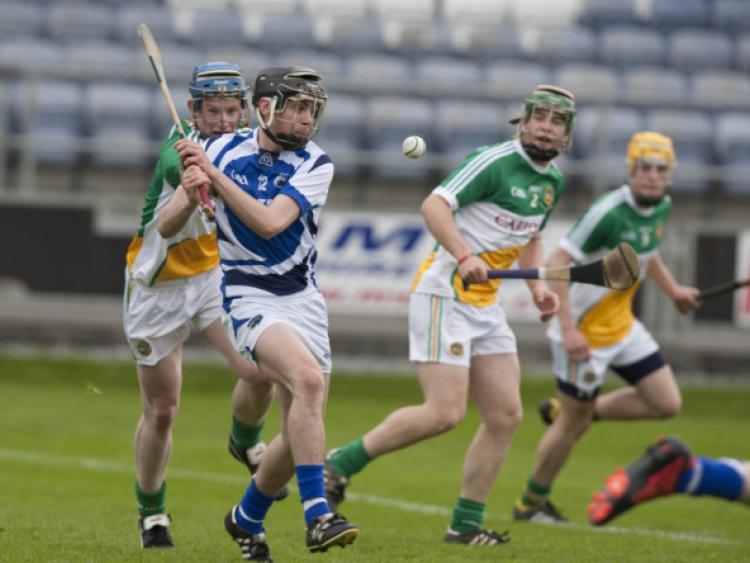 For the second year in a row, Laois’ minor hurlers saw off the challenge of Offaly, although it was a much less dramatic affair this time around.

For the second year in a row, Laois’ minor hurlers saw off the challenge of Offaly, although it was a much less dramatic affair this time around.

Last year an Aaron Moore goal in the dying seconds secured Laois’ place in the Leinster semi-final, but twelve months on there was no need for such drama. Pat Critchley’s side hit the front early on and never looked back, as they lead by 13 points at half time and coasted home from there.

It was by far Laois’ most impressive performance at minor level for some time, and will have done confidence the world of good as the squad now face into a five week break for the Leaving Cert.

Stephen Bergin got Laois off to the perfect start when he rattled the Offaly net in the third minute. He then added a point moments later from the left wing, with club mate Aidan Corby adding another soon after as Laois went five up after ten minutes.

Offaly finally got up and running with three frees from Dylan Murray getting them back within a goal of Laois, but that was as good as it got for the visitors.

Laois’ second goal came eight minutes before half time, when Joe Campion caught a long ball from Leigh Bergin ten yards out and duly finished to the net. Cripps, Joe Bergin and Leigh Bergin then all tagged on points before John Lennon added Laois’ third goal, when Cripps’ shot for a point struck the post and fell kindly for the Rosenallis man.

A point from Aidan Corby and two from the impressive Cripps saw Laois head to the dressing room with a chorus of cheers from the home crowd as they lead 3-9 to 0-5.

Laois got the opening score of the second-half, through Stephen Bergin, but Offaly then went on a run of five points without reply from the home side.

Lead by the outstanding Conor Doughan, who was perhaps the best player on show as he led a one-man resistance to Laois’ superiority, but their run of five points was ended by a fine score from Aidan Corby.

Three points each were exchanged before a goal from Stephen Bergin four minutes from time rubbed salt in Offaly wounds.

Points from Joe Bergin and Ciaran Collier rounded of an excellent day’s work in injury time to set up a semi-final date with Wexford on June 22.