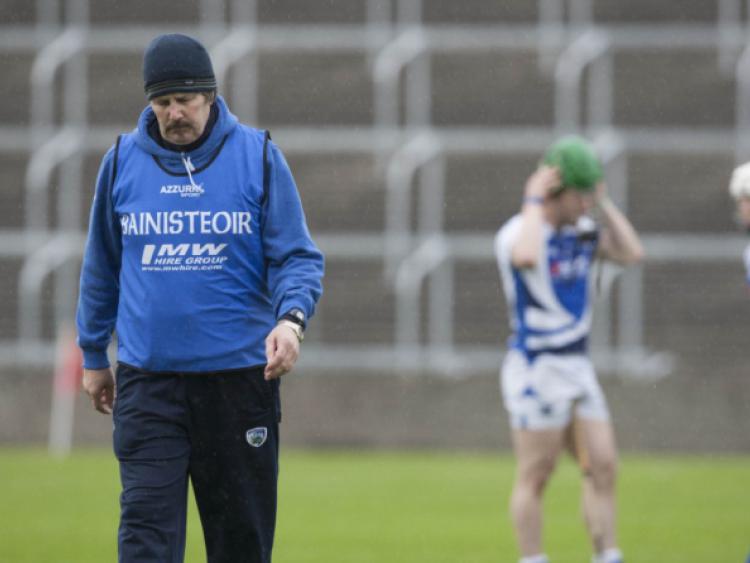 At the end of last year’s championship, the Laois senior hurlers were at a very low ebb. Their campaign ended with a 25 point defeat to Limerick and a five month wait to appoint a manager to succeed Teddy McCarthy did little to improve matters.

At the end of last year’s championship, the Laois senior hurlers were at a very low ebb. Their campaign ended with a 25 point defeat to Limerick and a five month wait to appoint a manager to succeed Teddy McCarthy did little to improve matters.

However on the evidence of last Saturday night that wait looks to have been worth it as the man who has taken over the reigns seems to have Laois hurling on an upward curve.

Originally tasked with finding a new manager, Seamus ‘Cheddar Plunkett’ ended up taking the reigns and against Antrim the work he, his management team and the players have put in was clear for all to see.

Speaking after the game on the pitch in O’Moore, Plunkett said he felt the second-half performance was key to the win.

“I thought the key part for us in the second-half was that we raised our game. I thought we fought much harder for the breaking ball and got on the ball an awful lot more. I think in the first-half we probably were just trying to counteract Antrim technically. We left a little bit of space around the place and put pressure on our backs but I am very proud of the lads. They definitely raised their game in the second-half.”

While Laois came away with the win, Plunkett said that there were aspects of their game that they would have to work on.

“There were lots of aspects of our team we’ll go back and look at. We’ll assess it again. There’s lots of aspects that we wouldn’t be happy with. We simply need to go away and sort those out and keep the things that we are doing well and the things we need to work on, try and improve on those. When we do that, we’ll be a competitive team at that stage but we all, including all the players, know we have to do a lot of work.”

Laois face Carlow in the quarter-final and the Laois manager believes the side will have to improve if they are to get to the last four.

“I was happy enough with it but we recognise that there is an awful lot of work for us to do here. We’re playing Carlow in a fortnight’s time and that performance probably wouldn’t be enough to beat Carlow I would think. They’re a Division 1B team. We’re going to come back into training and focus on that game. We’ll just take it one game at a time and see how we get on.”