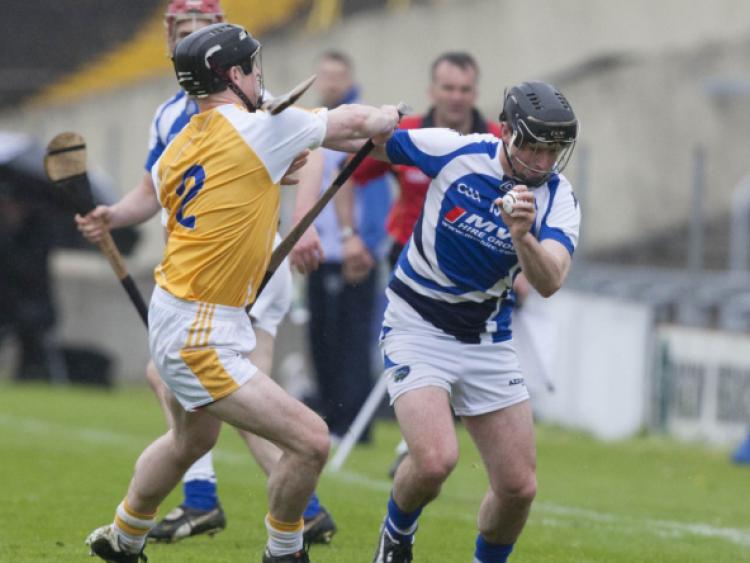 After a difficult few years, Laois hurling supporters were certainly given something to cheer about last Saturday evening as the county’s senior hurlers followed on from a great win by their minor counterparts seeing off Antrim in the Leinster Championship in O’Moore Park.

After a difficult few years, Laois hurling supporters were certainly given something to cheer about last Saturday evening as the county’s senior hurlers followed on from a great win by their minor counterparts seeing off Antrim in the Leinster Championship in O’Moore Park.

An early goal from Tommy Fitzgerald gave Laois the perfect start and they held a two point lead at half-time at 1-6 to 0-7. It was nip and tuck for much of the second-half and a stunning point blank save from Eoin Reilly kept Laois ahead at a crucial stage in the encounter. In the closing minutes Laois hit their best form scoring the last four points of the game to run out deserved six point winners.

They could not have asked for a better start as Tommy Fitzgerald struck for an early goal after Shane McNaughton had put Antrim ahead with a point from a free. Scores were hard to come by early in the game and in the next 12 minutes the sides added just a point apiece with Jackson McGreevey and Brian Dunne exchanging points.

Laois remained 1-6 to 0-7 ahead at the break and wo points apiece were scored in the opening seven minutes of the second-half. There was also a crucial intervention from Laois goalkeeper Eoin Reilly advanced from his line to somehow deflect a close range piledriver from Darren Hamill away for a ‘65.

Laois moved three points clear ten minutes into the half when Willie Hyland slotted over his first point. Zane Keean added his third point soon after and Laois had the cushion of a four point lead.

Antrim responded with three of the next four points to get back within two. Willie Hyland steadied the ship for Laois with a point but a minute later Shane McNaughton pulled Antrim back within two to leave the score at 1-12 to 0-13 with 15 minutes to go.

An instinctive point from Tommy Fitzgerald was followed by a fine solo effort from Zane Keenan to put Laois four ahead again.

With four minutes remaining, Willie Hyland fired over the point of the game and the scoring was rounded off by Zane Keenan with the last puck of the game as he drilled a penalty over the bar at the town end after Neil Foyle had been fouled.