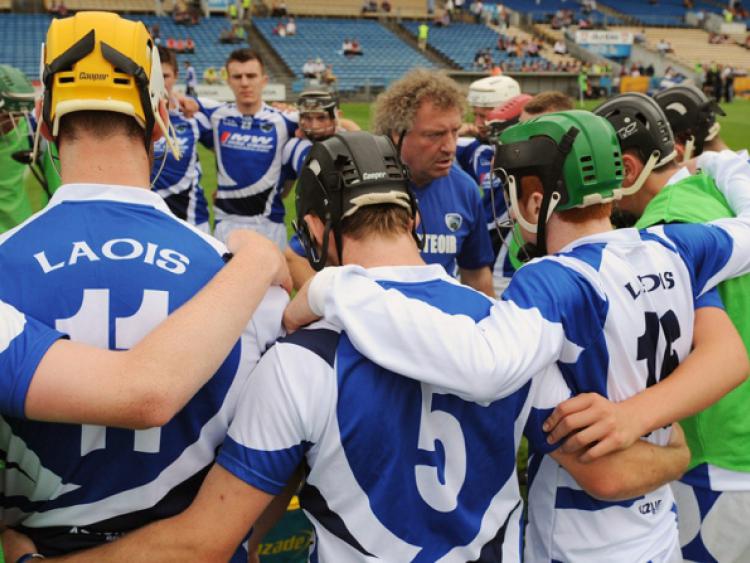 Laois manager Pat Critchley hailed his players for ‘turning a corner’ for Laois hurling after they exited the All-Ireland MHC on Sunday afternoon.

Laois manager Pat Critchley hailed his players for ‘turning a corner’ for Laois hurling after they exited the All-Ireland MHC on Sunday afternoon.

Speaking to the press afterwards, the Portlaoise man was full of praise for the squad as their rollercoaster season finally came to an end..

“Today we broke new ground” said Critchley outside the Laois dressing room.”It’s great to be coming down to Semple Stadium to be part of this massive hurling day, and going to Croke Park as well, and we said to the young lads that are going to be with us next year, and the lads that are going on to U-21 and senior, that they’re going to be disappointed if they don’t get to Croke Park, so it’s setting the standard.”

“We asked the lads at the start of the year to raise the bar, and they have done that, and the bar is raised for next year’s group, and we’ll settle down after a day like today and review things and see where we can do it better, and we can do it better.”

“At the same time, these lads left no stone unturned in their preparation, they are a brilliant group of young men. I was just saying with the management and other people in the group that you’d be looking forward to coming to training, it wasn’t a chore.”

“We have a good spirit and we have a bit of banter, but they do the hard work as well, which is the perfect scenario when you get involved with teams, and we’ve turned a corner now as well. It’s has been an exciting time for Laois hurling.”

The Laois manager was also confident that getting to hurl well into the year will help all of the players to develop. “Every year we’re learning, today is our sixth championship match and we’re two days from August, and all the hurling we’ve done in good weather with a fast ball on a good sod, has to stand to those young hurlers.

“There were Laois minor teams over the years which didn’t get to play in good weather, it was one match in muck and then they were gone, so it’s great to be down here at the end of July and having all that hurling, both training and games behind us.”

Having done so much work at juvenile level, and being acutely aware of the talent pool in the county, Critchley knows there is more to come from Laois at minor level. “Today we got the spirit and the physicality and the tackling, and we were able to play intensively against that Galway minor team and match them, and match them for skill as well, and a lot of really, really good hurling done today by the lads.”