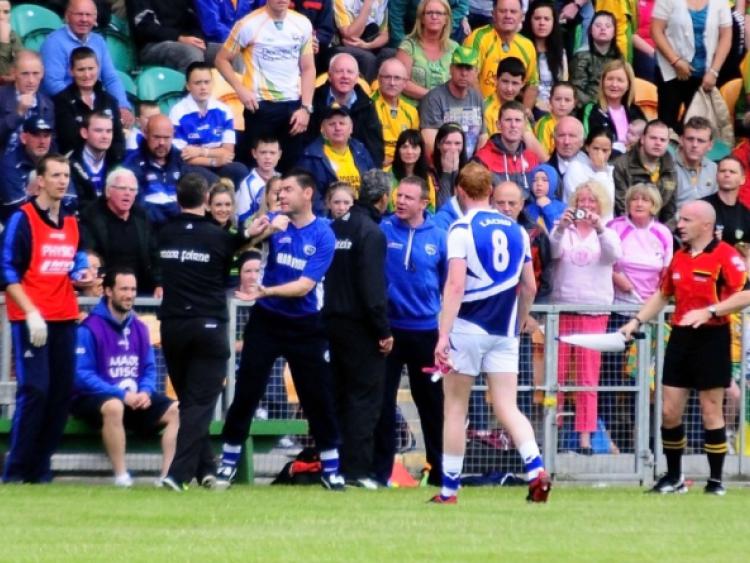 The footballers lost out to Donegal on Saturday night, and it has fueled speculation over the future of manager Justin McNulty, who declined to comment on whether he would like to continue in the role.

Speaking after the game, the Armagh man felt he would have to meet with the county board before any decision was made. “The team has evolved, absolutely. Is there room for improvement? Absolutely, there’s massive room for improvement. Am I the right person to bring that improvement about? That’s a decision for myself and county board, who I am very grateful for having the opportunity to work with this great bunch of players, and I need to reflect and see if I am the right man, or if this is what’s best for me as the next move going forward.”

Laois GAA chairman Gerry Kavanagh has confirmed that a meeting with McNulty will take place, although no time frame has been established as of yet, as all parties take stock after the defeat to Donegal.

A meeting of the Laois GAA executive was due to take place on Monday night, although it was not specially convened, with the meeting having been arranged some time ago. The subject of McNulty’s future is sure to be discussed at the meeting.

The Donegal loss saw Laois exit the championship for the second consecutive year to the reigning All-Ireland champions, with Donegal claiming a six point victory.

Elsewhere over the weekend, the Laois minor hurlers also saw their season come to an end after a 1-19 to 0-13 loss to Galway, although the final scoreline failed to reflect what was a mighty effort from the young Laois men.

They lead in both halves but a late scoring spree from Galway left a lob-sided look on the scoreboard.

It was a disappointing end to a positive year for Laois, and Pat Critchley will look forward to more success in 2014. “We’ve turned a corner with Laois hurling, and this is a part of it today. At the same time it’s disappointing to lose the match and be out of the championship” said Critchley.