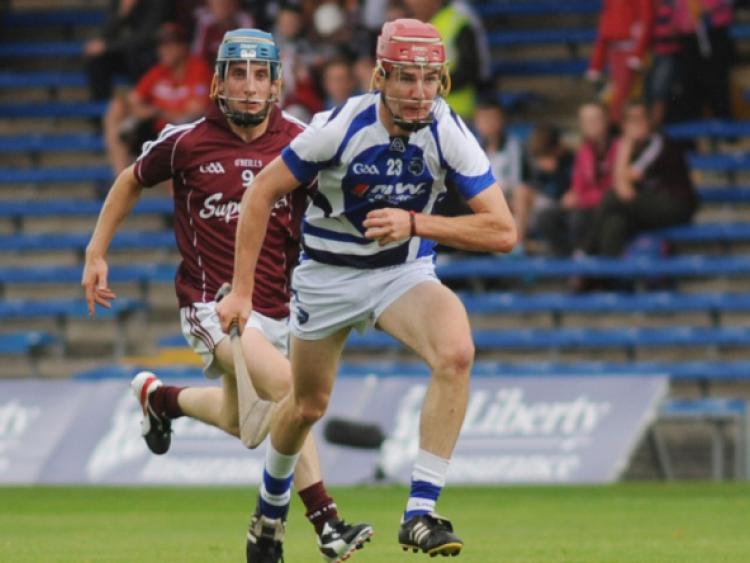 After one of the most memorable campaigns in recent history, the Laois minor hurlers exited the All-Ireland Championship on Sunday afternoon at the hands of Galway.

After one of the most memorable campaigns in recent history, the Laois minor hurlers exited the All-Ireland Championship on Sunday afternoon at the hands of Galway.

The final nine point margin was an injustice for the performance Laois produced, as they played some excellent hurling and really put it up to the Tribesmen. They held the lead in both halves but eventually ran out of the steam, as the exertions of a long season seemed to catch up on them.

Laois will look back on a disallowed goal in the first half, when Joe Campion palmed the ball to the net in the 21st minute only to see the score chalked off by the referee. From the resulting free, Galway came down the field and scored a point, and it was moments like that which never went in Laois’ favour.

They had gotten off to a dream start when Ronan Delahunty split the posts with a point from the right wing after just 16 seconds. From the puckout, Leigh Bergin won possession and pointed from distance to put Laois two points to the good with less than a minute played.

Galway levelled the game, and both teams traded points once again as they remained deadlocked at 0-5 each after 15 minutes. The Connacht side took the lead for the first time after that, as Conor Whelan and Adrian Morrissey pointed to put them ahead by two points.

Laois disallowed goal came next, and from that Galway came down the field and scored a point to go three ahead. To their credit, Laois finished the half strongly, adding two points to just one from Galway, and that left it at 0-9 to 0-7 at the break.

Laois regrouped themselves at half time and came out all guns blazing in the second period, with Joe Campion pointing after being set up by Stephen Bergin.

A Darragh Cripps free then got Laois back on level terms, but it didn’t last long as Galway quickly re-took the lead with a point from their captain Darragh Dolan.

Laois were gunning for the Tribesmen, however, and another point from Aidan Corby had the scores level for the fourth time.

Less than a minute later Laois took the lead, Cripps adding another free after a foul on Joe Campion. In the next attack, however, Galway delivered a hammer-blow when Conor Whelan got on the end of a breaking ball in the goalmouth to score the game’s only goal.

A point seconds later put Galway three ahead, but once again Laois showed they would not go quietly. Two more frees from Cripps got Laois within one, but then came that missed goal chance, and Laois’ resolve eventually crumbled after that.

They would not score again in the last 15 minutes as Galway pushed well ahead, as they added some wonderful scores before the final whistle to seal a nine point win.

The final scoreline was tough to take for Laois but, in the bigger scheme of things this year will be remembered for so much more than the final score in this game.