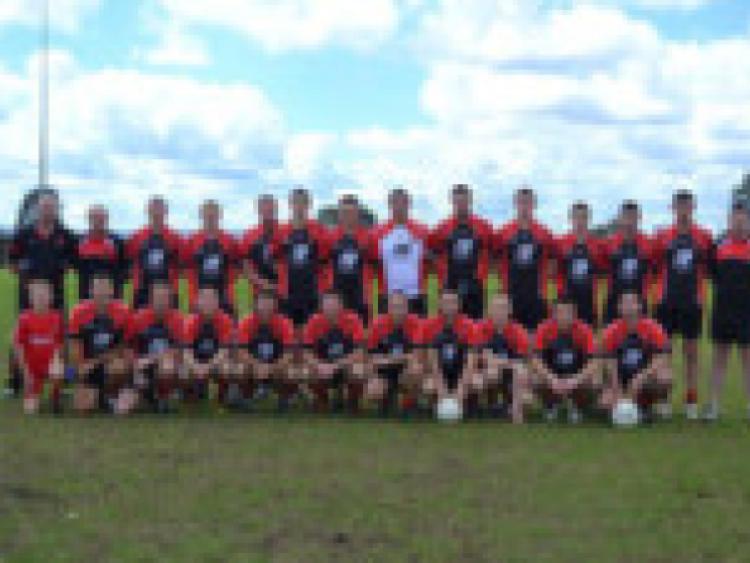 This festive period will see a unique game of football played in Kellyville on December 29, as Australian club Morley Gaels will take on St Joseph’s in their first ever game in Ireland.

This festive period will see a unique game of football played in Kellyville on December 29, as Australian club Morley Gaels will take on St Joseph’s in their first ever game in Ireland.

The club, which are based in the Western Australian city of Perth, have developed a strong link with St Joseph’s due to the high number of players from the Laois side which have played for Morley Gaels.

In what is a sign of the current economic climate, eight players from St Joseph’s have played for Morley Gaels - Enda Butler, Brian Dempsey, Ian Dempsey, Jack Dempsey, Ray Kealy, Patrick Hickey, Stephen Delaney and Brendan Hickey. The ties between the clubs were strengthened even further earlier this year when Enda Butler was diagnosed with a serious illness.

With Morley keen to test themselves against a team from back home, a plethora of expats from all over Ireland will converge on Kellyville on December 29 for this unique game.

While there will be an undoubted novelty factor to the game, it should be a serious match-up too, as Morley boast some top class talent in their ranks. Donnacha Tobin will be lining out for them, having played for Meath in the Leinster final of 2012 against Dublin. He has now returned home and re-joined the panel, but will be playing for Morley Gaels.

Peader Burke is a former Wicklow midfielder, while others to keep an eye out for are Cork duo Paddy Hartnett and Jason O’Sullivan, as well as Kerry man Kevin O’Shea.

The idea for the game came from Morley Gaels trainer and club PRO Jason O’Sullivan, originally from Asca in Carlow. “I just see how hard these lads train and how good they are, and I’ve always thought ‘How we would measure up against a team back at home?’

“We have a lot of lads home, not everyone but a lot, so I went to the committee and floated the idea and we decided we would push along with it then. We have had a number of people organise trips back once they heard that the game was planned.”

Morley will have to limit their panel to 30 on the day, such has been the interest amongst club members of the Western Australia league champions.

For O’Sullivan, it is also a chance to consolidate the ties between Morley Gaels and St Joseph’s. “It’s brilliant to strengten our ties with St Joseph’s. They have provided us with some great players over the past few years and I think they know we will look after them out here.

“It’s great to be going back with Enda to his home club as his illiness this year really brought the Morley Gaels club together and he truly was a inspiration to us all. He’s back playing and looking as fit as ever but as the trainer of Morley Gaels, I’m going to have to warn him to pin the Morley colours to the mast or he might find himself on the line next year!”

St Joseph’s are also counting down the days to the game, with a club statement reading. “St Joseph’s GAA club are delighted to be able to host this unique game. Players from all across Ireland will represent Morley, so this is a great opportunity for family and friends to see them play on home soil for the first time in a number of years.”

Throw in for the game is scheduled for 2.30pm, and Morley Gaels have also said that anyone considering emigrating to Perth should come along on the day, where they can offer advice on visas and work opportunities.