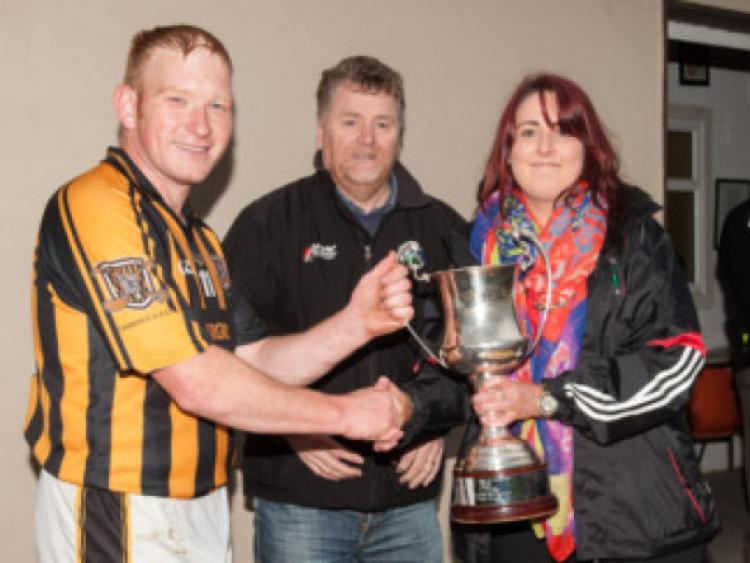 Camross started the game as they intended to continue as they took an early two point lead through a Zane Keenan brace inside the opening three minutes. Clough-Ballacolla found their footing in the game after five minutes with three points without reply through Shane Hyland (2) and Danny Hanlon to see them take a narrow lead.

Camross leveled the game from a minute later through James Palmer, before Shane Hyland and Zane Keenan exchanged points to leave the game level once again at four points apiece.

Unwilling to trail at the break, Camross stepped up a gear and went on to slot 1-4 without reply - Dean Delaney, Andrew Collier and James Palmer all split the posts, while Damien Keenan’s long range effort got the better of Danny Hanlon in the Ballacolla goals as they took a five point lead.

Shane Hyland pulled one back for Clough-Ballacolla right on the stroke of half-time to leave the half time score at 1-8 to 0-7 in favour of last year’s beaten finalists.

Clough-Ballacolla emerged for the second half intent on dismantling the Camross lead, and did so with just two minutes elapsed with Tomas Burke splitting the posts to narrow the gap. James Palmer restored Camross’ four point lead three minutes later with his third of the day.

Zane Keenan and Damien Bergin exchanged points, before Bergin added a second to narrow the gap to three points with fifteen minutes left to play. The next ten minutes were hard to watch for Camross supporters as they hit seven wides without a score as the gap remained at a single goal.

Damien Bergin cut the deficit to two points with nine minutes remaining, but Camross found their composure once again to push the gap out to four points thanks to a Zane Keenan brace.

With a minute remaining Shane Hanlon brought Ballacolla to within a goal yet again, but a Murty Delaney goal at the final whistle sealed the result for Camross as they claimed the 2014 Palmer Cup.