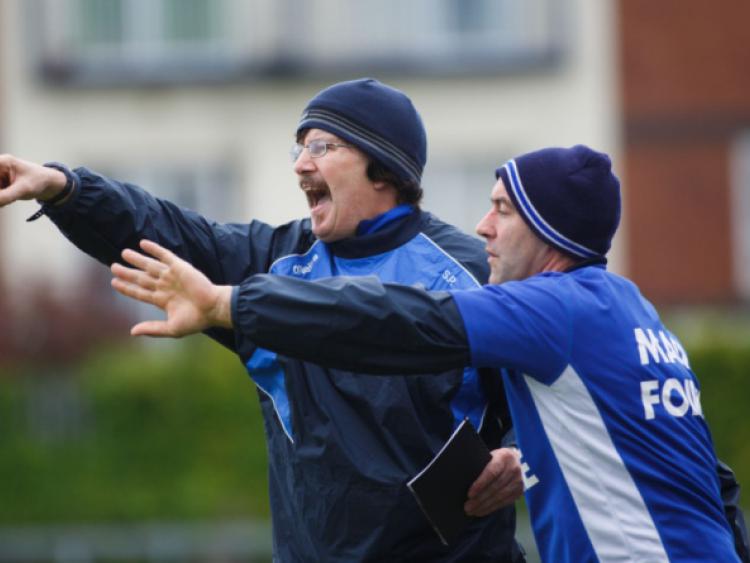 Laois manager Seamas Plunkett admitted after the game that his side had gotten exactly what they expected from their trip to Cusack Park on Sunday afternoon.

Laois manager Seamas Plunkett admitted after the game that his side had gotten exactly what they expected from their trip to Cusack Park on Sunday afternoon.

Having lost to Westmeath in the league last year, also in Mullingar, Plunkett was well aware what to expect from Laois’ hosts on Sunday.

“It is just a difficult place to come to play” said Plunkett afterwards. “It was like in our own time going down to Tulla in Clare. It’s always difficult to play the style of hurling you want to play.

“It’s been five weeks since we had a match as well, and we got exactly what we thought we were going to get, we had to dig deep there, and I think a lot of stats in the second half were a lot better than in the first.

“Having said that, we were probably a little bit lethargic on the ball, we probably didn’t move it quick enough. Look, we’re just delighted to get out of here with the win, and we’ll move on to next week against Carlow.”

Despite Laois’ performance on the day, as they hit 15 wides and failed to impose themselves on much of the game, the Portlaoise man was still happy with the performance of his team. “I’d be very happy with it (the performance) to be honest, we’re around long enough to know that there will be days when you won’t be on top of your game, and you can’t have energy in your team every day.

“What’s more encouraging about today is that when there wasn’t energy in the team, they really, really dug deep here, and had to dig out a result. That’s when the character of a team really shines through, and they are the important things.

“To tell you the truth, I’m really enthused by what I saw today. Yes, there are things to work on, but every day you won’t be on top of your game and you won’t have the energy level in your team, and we didn’t have it today.

“That may be down to Westmeath, they tackle very strongly and they sort of gang-tackle you, they don’t give you much space to play so I’m delighted to get out of here (with a win), but we know we have things to work on.”

It’s Carlow up next for Laois, and Plunkett is expecting another tough game. “Carlow may have lost today and drawn the last day, but it’s a local derby and all form will go out the window.

“Carlow will come into Portlaoise all guns blazing and they will throw the kitchen sink at us trying to get back on winning ways.

“We know Carlow well at this stage and we know Mount Leinster Rangers well at this stage, they are a very ambitious group of players and they are going to treat this game as a chance to get back on track, so we just need to improve from today”