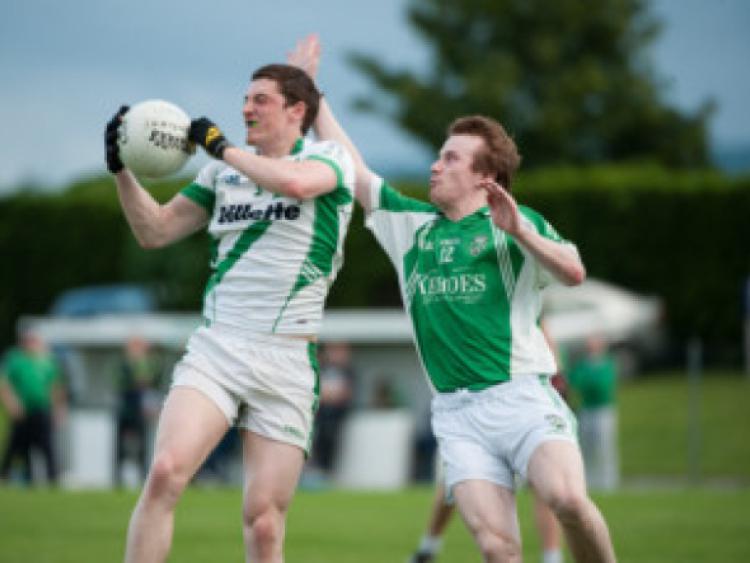 Stradbally took their bid for a place in the semi-finals of ACFL Division 1 down to the last game, thanks to this five point win over Killeshin last Thursday night.

Stradbally took their bid for a place in the semi-finals of ACFL Division 1 down to the last game, thanks to this five point win over Killeshin last Thursday night.

Led, as ever, by the scoring exploits of Colm Kelly who finished with eight points, Stradbally were able to secure a much needed win.

They are now in a race with Arles-Kilcruise and Arles-Killeen to join Portlaoise, St Joseph’s and Portarlington in the last four, and it sets up an exciting last round of games.

For Killeshin, while this result didn’t go their way, they are still safe from the threat of relegation, thanks to results in other games. After their unprecedented run of success in recent years the progress has stalled a little this year, so a big championship campaign awaits them.

Killeshin enjoyed the brighter start to the game, with the impressive Cathal Brennan proving a handful for the Stradbally defence. He pointed in the early stages, before managing to give Eamon Conlon the slip and powering a shot to the roof of the net.

Killeshin didn’t get long to enjoy their lead, however, as Stradbally soon got into their stride. As is often the case, it was a goal which swung things around for them, with Cormac Delaney’s low effort sparking the hosts to life.

Six points quickly followed, as Colm Kelly notched three of them, Conor Delaney hit a brace from centre-forward, and youngster Benny Lawlor also getting in on the act.

Cathal Brennan struck back with two more points and he was denied a second goal after Derek Beale pulled off a splendid double save. Kelly and Brennan traded points until half time to leave Stradbally ahead on a scoreline of 1-10 to 1-7.

Damien Lowry found Aston on the 21 and he travelled to the 14 metre line before finding the bottom corner with an accomplished low finish beyond Derek Beale.

However, that was as close as Killeshin got as they only managed one more point in the final twenty minutes of the game. Colin Beale and Tom Shiel re-established Stradbally’s three point advantage before Damien Lowry cut it to two with his side’s final score.

Stradbally got three more before the end via Podge Langton, Conor Delaney and Colm Kelly.