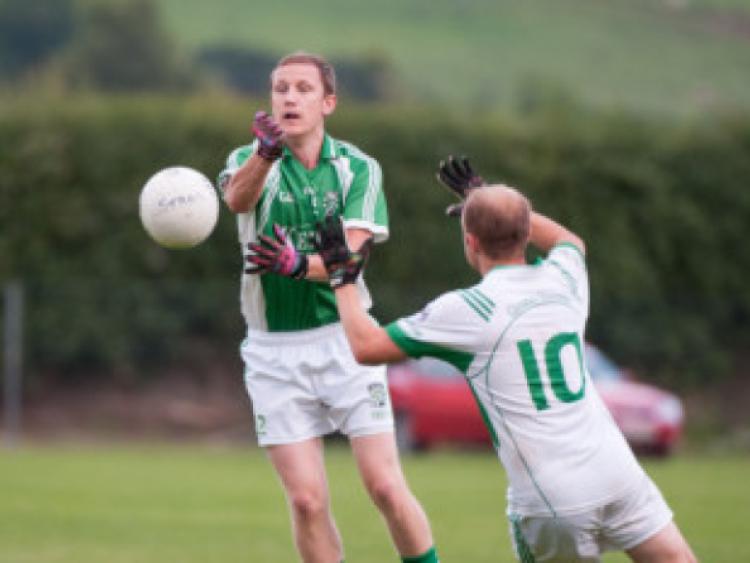 Three teams are already assured of their places in the semi-finals of the ACFL Division 1 after the penultimate round of games last Thursday.

Three teams are already assured of their places in the semi-finals of the ACFL Division 1 after the penultimate round of games last Thursday.

Portlaoise picked up two points after Timahoe handed them a walkover. Their final game this Thursday is at home to Stradbally where a draw would be enough to secure them top spot in the league phase.

Portlaoise are two points clear of St Joseph’s and Portarlington who are also guaranteed of their places in the last four no matter what their result in their final games.

Portarlington were handed a walkover by Ballyroan Abbey while St Joseph’s had ten points to spare against Emo. Portarlington’s final game is away to Emo and St Joseph’s travel to Killeshin.

With the top three places are decided, the battle is still very much alive for the fourth and final place in the semi-finals. Going into the final round of games this Thursday, Arles-Kilcruise, Stradbally, who are level on points, and Arles-Killeen, who are just a point further back, are all still in with a chance of making it through.

Stradbally are the team in the box seat going into the final round as while they are level on points with Arles Kilcruise, they hold the edge as they won the game between the sides. However they face the toughest possible final game as they travel to take on Portlaoise. A win would snatch fourth spot for Stradbally but if they lose, it is out of their own hands.

First in line to take advantage of any slip from Stradbally are Arles-Kilcruise. Their one point win over Graiguecullen last week kept them right in the hunt while it also ended Graigue’s chances of retaining their Division 1 title. Kilcruise face Crettyard in their final game where they will need a win to have any chance as they keep one ear on the scores coming from Rathleague.

If both Stradbally and Arles-Kilcruise fall at the final hurdle, waiting to make a late run on the rails are Arles-Killeen. Currently a point behind both sides, a win over Timahoe in their final game might yet be enough to see them earn a semi-final spot.

At the other end of the table, Ballyroan Abbey are down with no points having already handed a walkover to Graiguecullen in their final game.

Battling to avoid dropping down with them are Crettyard and Timahoe. Both sides have tough games this Thursday, Crettyard away to Arles-Kilcruise and Timahoe at home to Arles-Killeen. On form, both teams will struggle to get anything from those games and if that transpires, Crettyard will dodge the drop as they hold the head to head advantage.