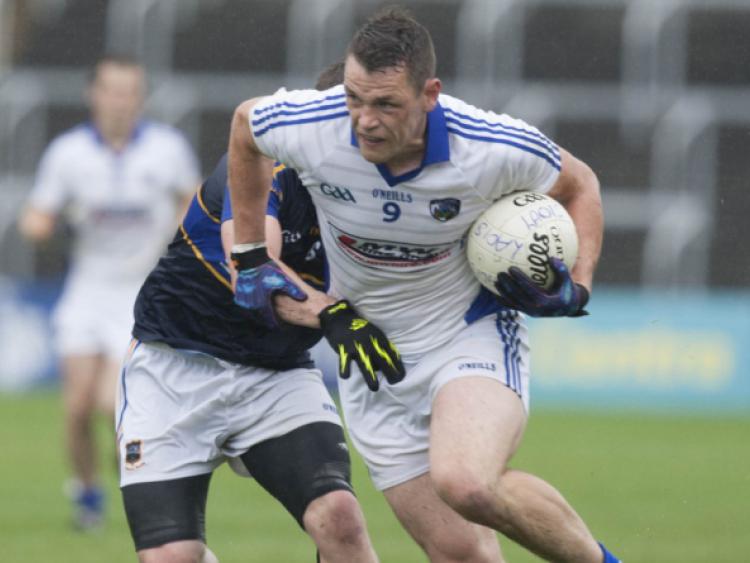 Trailing by ten points at half time, Laois launched a spirited comeback only to be undone by a late Tipperary rally. While O Flatharta praised the efforts of his players for their second half performance, he was quick to admit it was the visitors who deserved the win.

Speaking after the game, he said “It looked nearly gone at half time, it was ten points. The lads showed a lot of courage in the second half, but, being honest, we have to give a lot of credit to Tipperary, they deserved their win.”

There was no great analysis needed to see where things went wrong for Laois, as they were just blown away by Tipperary’s first half performance. “I thought we started very flat and they really exposed us” said O Flatharta. “I suppose they should have been out the gate at half time, they had so many opportunities, if they had taken them all, we could have been buried at half time.

“It was a really, really barren spell for us, they were on top in the middle of the field and they were running through, and we couldn’t get to grips with them at all. We gathered ourselves at half time, and I suppose the lads did show an awful lot of courage in the second half to bring it from being ten points down to be level.

“We thought we might have been able to kick on from there even, but in fairness to Tipperary they did come back at us, and the black cards didn’t help us, but we just have to get on with those as well.”

Laois picked up three black cards in the game as well, something with O Flatharta felt hadn’t helped his side. “We lost Padraig McMahon, Robbie Kehoe and Conor Meredith, they are three key players. When we got those coming near the end, Tipperary started building a bit of momentum again, and they got on top of us again when those happened.”

With the season now at an end, the Kerry man was pleased overall with how things went. “It was a new start with a new management team and a lot of young lads brought in as well. How do I sum it up? I think the young players have come on and developed. Have the team come on? I think they have as well, they put in some serious games in the championship, put in some serious scores, so as regards development of individuals and the squad, there is a plus sign on that.”