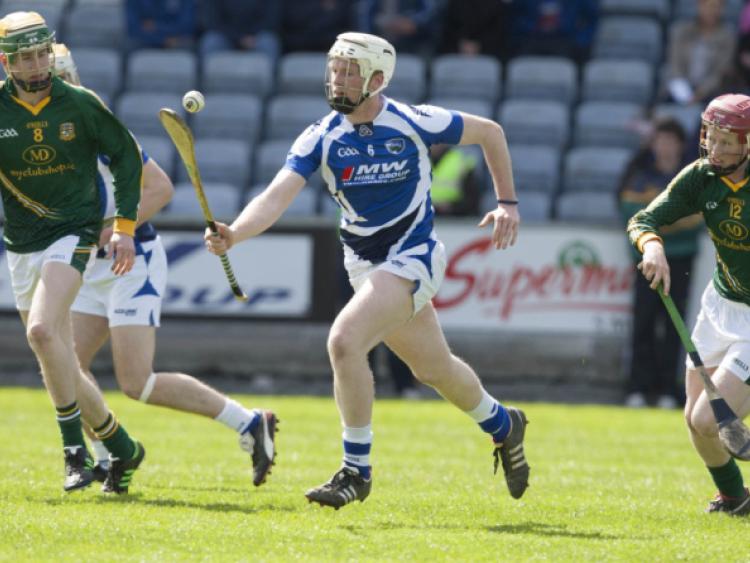 Laois bounced back from their opening round defeat to Kilkenny by recording a comfortable 16 point win over Meath in O’Moore Park on Saturday.

Laois bounced back from their opening round defeat to Kilkenny by recording a comfortable 16 point win over Meath in O’Moore Park on Saturday.

A quick-fire brace of goals early in the second half wrapped up the win for Laois early on, as they cruised through the final 20 minutes or so against a Meath team that only briefly offered any resistance. It was all fairly pedestrian stuff for Laois, who probably weren’t tested as much as they would have liked after a heavy defeat in Round 1.

The jury is still out on exactly how good this Laois team are too, as their two games to date have thrown up two very different performances, but a date with Offaly in the next round will be a more realistic test of where Pat Critchley and his young charges are headed.

With Wexford beating Kilkenny, it puts into perspective just how tough things are in Leinster this year, and Laois will have to keep pushing on if they are to be a competitive force in this year’s championship.

Laois were forced to play into a stiff enough breeze in the first half, and they were sluggish in the opening minutes as Meath took the lead after three minutes thanks to Jack Regan. Joe Campion swung over a wonderful score from the right wing to level it, but Meath were quickly back in front thanks to Regan once again.

Mark Kavanagh restored parity with a free and Laois would not trail again in the half after that, with Conor Ryan giving them the lead for the first time with a point from a tricky angle, with points then following from Stephen Bergin and leigh Bergin to put Laois 0-5 to 0-2 up. That three point lead lasted all of 30 seconds, however, as Meath’s Jack Fagan won possession on the edge of the Laois square to fire past Enda Rowland.

Laois needed to steel themselves and start playing with a bit of consistency, and they did just that from there to half time as they outscored the visitors 0-6 to 0-1. They started that run with four unanswered points to leave Meath in trouble, with Jack Regan’s point from a 21 yard free not much cause for concern for the hosts.

Pat Critchley’s men closed out the half with two more points, one from Aidan Corby after he was set up by Joe Campion, and then a wonderful individual score from Leigh Bergin left it 0-11 to 1-3 at the break.

Laois were in a healthy position at half time despite not really doing anything outstanding, but they killed the game off early in the second half. They had a point on the board inside of a minute after Mark Kavanagh set up Colm Stapleton, and the excellent Aidan Corby added another soon after to leave seven in it.

With Meath looking a beaten team, Laois hit them with two hammer blows in the space of four minutes to kill the game as a contest. The first was a goal from close range by Conor Ryan, who was on hand to finished off some strong running by Camross’ Ciaran Collier.

Four minutes later it got even better for Laois, as they struck for their second goal. Aidan Corby floated in a shot for a point from the left wing, but it struck the post and fell in front of an unmarked Stephen Bergin. The Clough-Ballacolla man reacted quickly and swept a shot between Adam Shelley’s legs to open up an unassailable 13 point advantage.

Laois rang the changes after that, and one of those subs, John Lennon, did his chances of a recall no harm by scoring 1-1 in the last 12 minutes, as Laois cruised to a facile win.

They have two weeks now to prepare for the game with Offaly, and they will have home advantage too for that game on May 18. Should they win that, they will be in the draw for the semi-finals.