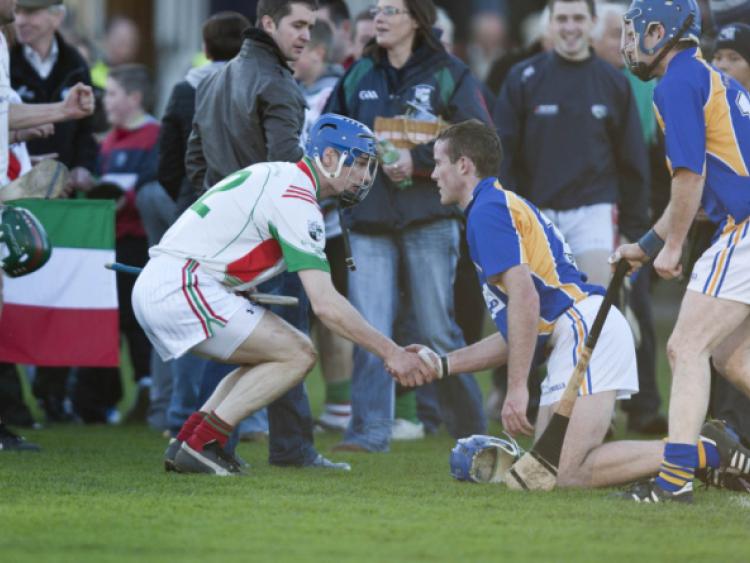 After a summer of following Laois’ senior and minor hurlers, the focus now turns to the club championships which kick into life this weekend as the annual quest for the Bob O’Keeffe Cup begins.

After a summer of following Laois’ senior and minor hurlers, the focus now turns to the club championships which kick into life this weekend as the annual quest for the Bob O’Keeffe Cup begins.

This year has seen a resurgence for hurling in terms of support, and hopefully that can now be transferred into the club scene for what should be another classic championship.

Rathdowney-Errill are once again attempting to retain the title, a task which has so far eluded them in their three attempts. Whether they can do it remains to be seen, but theirefforts to do so will be just one subplot to a potentially intriguing year.

The competition for top honuors on the club scene in Laois remains as keen as ever, and with the championship now pared down to just eight teams, clubs are under pressure to hit the ground running.

While the merits of there being just eight teams can be debated at length, what it does ensure in the championship is unpredicatability, as every team is capable of one big performance at least. It may take more than that to win a championship, but one shock along the way is enough to ruin the hopes of someone else.

Starting with the reigning champions, they would no doubt like to be on surer footing as play quickly approaches. John Purcell is not around this year, while they have serious injury concerns over Brian Campion (groin) and Ross King (thumb).

The extent of their panel, and having an intermediate team in reserve, will make coping a little easier, but they are missing three key players, which no club can afford to do.

Players like Darren King, Patrick Purcell and James Ryan will have to step things up from last year, but if and when Rathdowney-Errill get Campion and King back fit, then they could be one of the few teams getting stronger as the championship progresses.

Their biggest rivals last year, Clough-Ballacolla, look to be well-placed to dethrone them once again. They are reporting no major injuries at the moment, and have been on an impressive run in the league, winning six games in a row to make the final.

Like Rathdowney-Errill, it is their strength in depth which is impressive, and they have been further boosted by the emrgence of talented youngsters like Aidan Corby, Stephen Bergin and Ronan Broderick. Such is the pool of talent in the club it remains to be seen if any of those minors will even see any game time, but overall Ballacolla look well balanced.

Bill Duggan has been able to devote more time to hurling this year too, which can only be a good thing. Add in the form of players like John A Delaney and Stephen Maher and it would be hard not to be excited if you were a Clough-Ballacolla supporter.

They may not want the label, but as it stands, they are the favourites for the 2013 championship.

Outside of the big two, Portlaoise have been boosted by the news that Cahir Healy, Tommy Fitzgerald and Barry Fitzgerald are all focussing their energies solely on hurling.

They will need them too, as they have lost Hugh Coghlan and David O’Mahony to transfers, and have injury worries over some key players too, including Healy.

The question mark which has hung over Portlaoise, however, is whether they are really good enough to win a championship. They have fallen short in four finals in recent history to three different teams, and while still a formidable side on their day, don’t appear to be close enough to either Rathdowney or Ballacolla at the moment.

Borris-Kilcotton were on the verge of causing a major upset last year against Clough-Ballacolla in the semi-finals, and their league form suggests they could be one of the big challengers this year. Neil Foyle’s decision to spend the summer in America is a setback, but thanks to the work the club have done in recent years, they have a supply line of players coming through to soften the blow.

Ciaran Comerford is a reliable free-taker and Joe Campion is a bright young prospect too, and a semi-final place will be the least they expect from 2013.

Of the rest, Castletown-Slieve Bloom will be right in the mix as well if they can get a few injuries cleared up. They twice came close to beating Clough-Ballacolla in the quarter-final last year, and no one will want to face them when it gets into the real knockout stages.

Of the other teams, Ballinakill have concerns over James Walsh, which, if he is ruled out, will leave them short of a player they can’t really afford to be without. Camross and The Harps have been hit hard with emigration and injury between them over the last few years, and will be hoping the return of county players gives them a timely boost. Either way, it’s hard to see either of them in O’Moore Park on county final day.

As things stand, Clough-Ballacolla are the favourites, but only marginally so. It only takes one bad hour to ruin the hundreds which have gone into preparing for the championship, so all eight teams know they are walking a tightrope.

There is no room for error when the first whistle is blown this weekend.