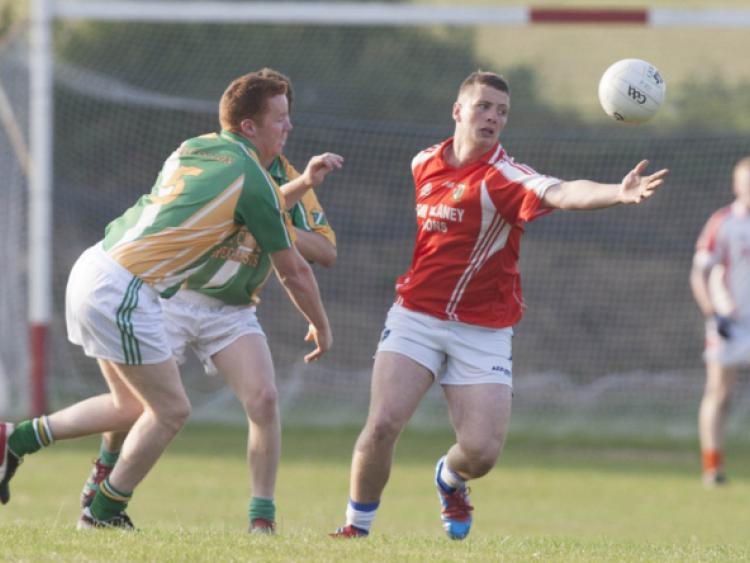 The old adage ‘goals win games’ is one of the most overused clichés in Gaelic games but Kilcotton proved it certainly has its merits with an emphatic win over Castletown Slieve Bloom in the Division 5 league final in Shanahoe on Saturday night.

The old adage ‘goals win games’ is one of the most overused clichés in Gaelic games but Kilcotton proved it certainly has its merits with an emphatic win over Castletown Slieve Bloom in the Division 5 league final in Shanahoe on Saturday night.

Conor Kilbane bagged the first of his two first half goals five minutes in to put Kilcotton in the driving seat and Castletown’s keeper Gearoid Lowry had to scoop the ball from the net three more times in the next fifteen minutes. Eoin Drennan’s strike a minute after Kilbane’s opener was the pick of the bunch, finishing off a neat run with a stinging drive into the top corner.

Castletown did have plenty of decent scoring chances but saw a number of chances sail wide of the mark while at the other end Kilcotton were certainly more clinical. Cathal Moynihan made it three midway through the half before Kilbane added another to leave Castletown eleven points down.

Ben Conroy trimmed two off the lead with a brace of points just before the half-time whistle but an equally clinical start to the second half saw Kilcotton run up the first three scores and any slim hopes of a Castletown Slieve Bloom comeback were well and truly dashed.

Points from Eoin Fitzpatrick and Robert Jones got the ball rolling and a fine strike from ten yards into the top corner from Darragh Fitzpatrick chalked up Kilcotton’s fifth and final goal to secure the title.