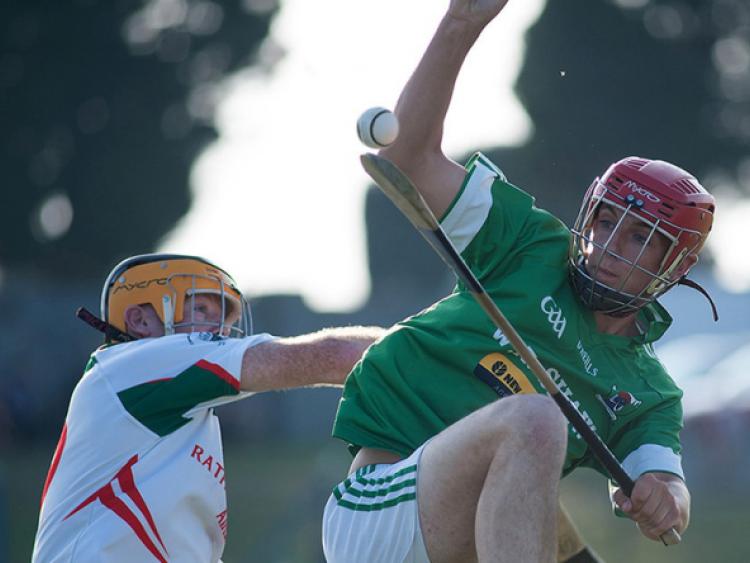 Despite considerable confusion over the actual score throughout the second-half, Rosenallis eventually prevailed in the Division 5 Hurling Final in the sweltering heat in Mountmellick on Friday.

Despite considerable confusion over the actual score throughout the second-half, Rosenallis eventually prevailed in the Division 5 Hurling Final in the sweltering heat in Mountmellick on Friday.

The sides were level after 34 minutes at 0-9 to 1-6 but with Laois minor star John Lennon very much to the fore, Rosenallis pulled away adding four more points to their total while holding Rathdowney-Errill scoreless for the remainder of the game.

Rosenallis started the game well and were ahead by 0-4 to 0-1 after just ten minutes. Colm Walsh opened the scoring and the advantage was doubled after six minutes when Richard McEvoy split the posts.

A superb point from a narrow angle from Ray Bowe got Rathdowney-Errill off the mark but Rosenallis responded with points from Colm Walsh and Declan Conroy. A second point from Richard McEvoy was cancelled out by John Gorman for Rosenallis.

Damien Gorman pointed for Rathdowney-Errill soon after and they had a chance to take the lead but a penalty was deflected wide for a ‘65 which Paddy Carroll converted to leave one between the sides.

After 13 minutes without a score. Rosenallis rattled off three in quick succession with Dean Mahon pointing from inside his own half, Colm Walsh firing over from halfway and John Lennon adding the third.

However in the third minute of six added at the end of the first-half, Rathdowney-Errill got back into the game with a well taken individual goal from Christy Brown to leave the score at Rosenallis 0-8 Rathdowney-Errill 1-4.

Declan Conroy extended the lead early in the second-half for Rosenallis but Rathdowney-Errill were quickly level with points from Paddy Carroll and Christy Brown. However Brown’s point after 34 minutes proved to be Rathdowney-Errill’s last score as Rosenallis’s defence stepped up their game and dominated for the remaining 25 minutes.

At the other end Rosenallis hit three in a row between the 40th and 44th minute from James Jackson, John Lennon and Joseph Keating proved crucial as they put

With the shadows lenghtening across the field, Rathdowney-Errill rang the changes and threw everything into attack but depsite their best efforts, they couldn’t manage to find the goal that would have gotten them right back into the game. The final score came nine minutes from time from John Lennon and it proved to be enough as Rosenallis closed out the game.