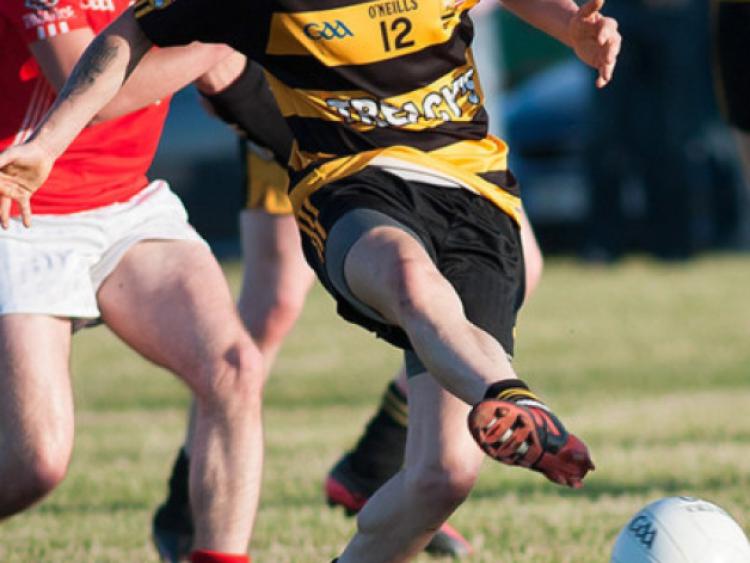 The Heath did what was asked of them last Wednesday night and got the win which gave them a chance of avoiding the drop, but it wasn’t to be in the end as Arles-Kilcruise’s win dashed their hopes.

The Heath did what was asked of them last Wednesday night and got the win which gave them a chance of avoiding the drop, but it wasn’t to be in the end as Arles-Kilcruise’s win dashed their hopes.

Coming into the game, The Heath knew that only a win for them and defeats for O’Dempsey’s and Arles-Kilcruise would save them, but only two of these three results came to fruition.

Arles-Kilcruise found a performance when they needed it most on Saturday night to claim a two point win and so relegate both The Heath and O’Dempsey’s.

For The Heath, they can at least take comfort from knowing they ground out a victory when they really had to, and they will have to build on that now for their championship opener against Portlaoise.

One big plus was the form of Aidan Bergin, as he hit five points form play, the first of them coming in the fourth minute to cancel out Joe O’Connor opener.

Brian Ging then put The Heath in front, and the next 20 minutes or so followed along those lines, with the teams trading points. Ruairi O’Connor levelled for Timahoe before putting them ahead, but Bergin again responded for The Heath.

O’Connor and Chris Bergin then both found the target to level the game at 0-4 each, but points from Martin Bergin and O’Connor put the visitors two ahead five minutes out from half time.

The Heath clicked into top gear from that point though, starting with a long range effort from Robbie Dowling. The wing back then got up to fire a shot past Roghan Headen, with Cathal Whelan then pointing a free. Two minutes into injury time, The Heath struck for their second goal when John Booth set up Brian Ging to roll a shot into the bottom corner.

That purple patch yielded The Heath 2-2 and put them 2-6 to 0-6 up at half time, and another point from Aidan Bergin early in the second half put them firmly in the driving seat.

They were made to work for their victory though, as Timahoe pounced on a defensive error to score their goal in the 34th minute, and points from Joe O’Connor and Ruairi O’Connor got them back to within three.

Again it was Aidan Bergin who would calm frayed nerves for The Heath, and they would hold that four point advantage until the final whistle.

Unfortunately for them, it wasn’t enough to save them in the end, as they will now play in Division 2 in 2014.