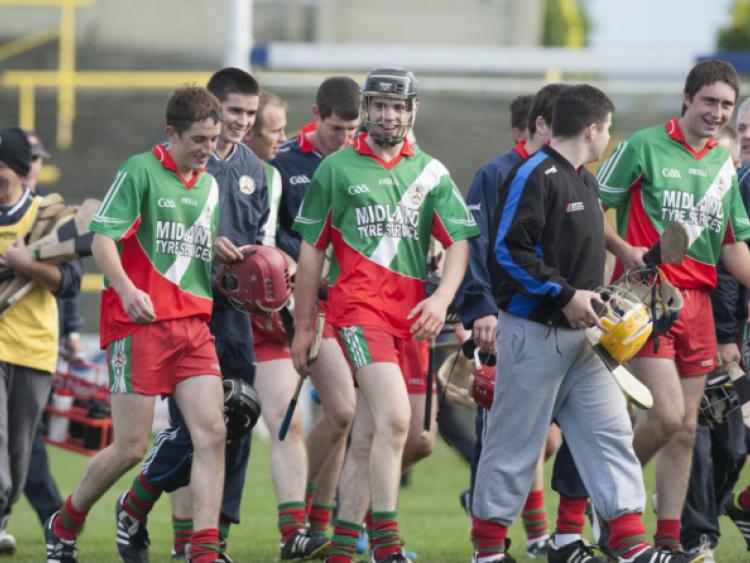 For Borris-Kilcotton manager Tommy Buggy, it all started in Carlow.

For Borris-Kilcotton manager Tommy Buggy, it all started in Carlow.

The village of St Mullins is ideally suited to postcards. Perched on the edge of the river Barrow, and just a short and scenic walk from Graiguenamanagh, it is the end point of the Barrow Way, a guided trail of over 100kms which comes to gentle halt in the Carlow hamlet.

For many, it is where a long and winding journey comes to an end. For Tommy Buggy, however, it was where his journey began.

When he arrived there in 2002 for his first coaching job, he was walking into the unknown. Later that season, he was still in the unknown, as he led them to a Leinster semi-final.

It was an enjoyable time for him, and one which helped to shape how he views success and how he prepares his teams. “St Mullins in Carlow were my first ever club to manage.

“Carlow hurling wasn’t fashionable but I had a few friends down there and they asked me would I go down, and we ended up in a Leinster semi-final, getting beaten by Birr.

“If any team works hard enough, and has a certain amount of talent, they are capable of going anywhere.”

Birr ended St Mullins Leinster hopes after earlier wins over Lough Lene Gaels and O’Toole’s, but it was just the start for Buggy. He would go on to coach Dicksboro in Kilkenny, his own club, Erins Own Castlecomer, and he also brought the Carlow minors to the Leinster final in 2006.

When Borris-Kilcotton came calling, it was his first time to test himself in Laois. His experience with the county extended to the occasional match he would travel over to watch, and a first-hand view of Rathdowney-Errill, when they outclassed Erins Own to claim the 2005 Leinster League.

“There was a few people from home at the match last Sunday, and they couldn’t believe the standard of hurling, especially in the first half of our game, they thought both teams went at it hammer and tongs. It was as good as any Kilkenny championship match that was played that weekend, and I was at three of them.”

He came to a club which would tick most boxes for any potential manager. Borris-Kilcotton had the hunger and talent to succeed, and were serious enough to put in the work to make it happen.

They have responded to what he has tried to do, and despite only being involved with the players for one season, Buggy has developed an instant bond with those under his guidance. “I’d trust them with my life, these lads, I genuinely would, and I only know them since January.

It’s not just the senior players either, as the whole club has rowed in behind him, as well as each other, with one example in particular highlighting to the Kilkenny man the hunger that is there to drive themselves on to glory. “I’ve been very impressed with their attitude.

“The boys off the Senior B team, when they were beaten in the relegation final, they were straight back to training with me the next morning, and their attitude has been excellent.

“Forget about the lads that are county stars, forget about the lads we all know, these lads were back in training the next day, and their attitude has been spot on. They are still pushing for a spot, and I would admire those lads as much as anyone.”

His focus eventually turns to Camross, and while he admits it is not his style to focus too much on the opposition, he has been very impressed with them this year. “I think, after seeing Camross twice this year, that we work hard, but they work twice as hard.

“My lads do work hard in fairness to them, but Camross are the hardest working team that I have seen in a long time, especially their forwards, they never stop. They are very impressive, the way they work, and their game plan is very simple. But the work rate of their two midfielders and their front six is phenomenal, so we’ll have to counteract that.”

Borris-Kilcotton will have to counteract that by producing the performance of their lives, and if they do that, they will give themselves a chance. After that, as the man himself says “with ten minutes to go in a county final, if you’re level, you’re going to need a bit of luck to win it.”