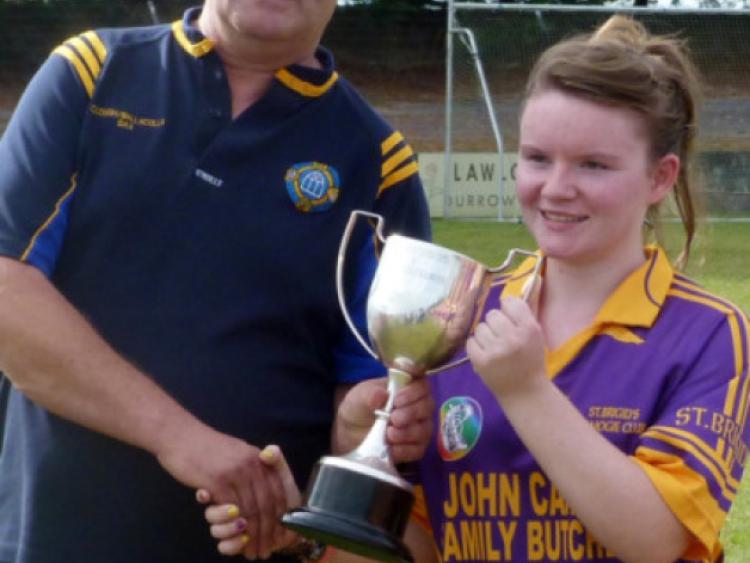 A strong first-half display was the key as St Brigid’s claim the U-16B title as their neighbours and great rivals The Harps.

A strong first-half display was the key as St Brigid’s claim the U-16B title as their neighbours and great rivals The Harps.

St Brigid’s made the ideal start with a goal from Arlene Cleere and by the break they were 1-5 to 0-2 up as full-forward Aisling O’Dea scored fours points and Sarah Hennessy added the other. Avril Deegan and Aoife Phelan were the scorers for the Harps.

After the restart, The Harps seemed to get on top. Avril Deegan scored a goal from a free from distance just four minutes into the second half and six minutes later corner forward Emily McGuigan blasted another goal to the net past Shauna Ryan.

However despite being the better team in the second half, The Harps never narrowed the gap to less than two points and the game finished on a scoreline of 1-9 to 2-3 as St Brigid’s took the spoils.