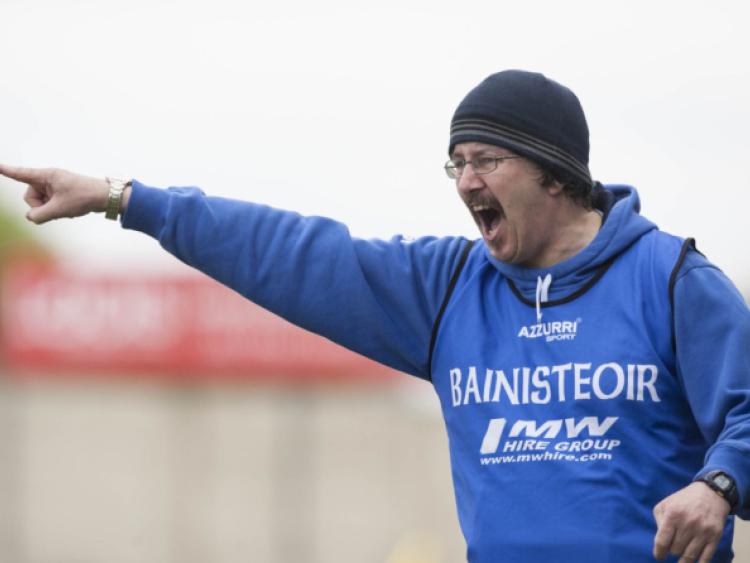 Having pulled Laois senior hurling back from the brink of self-destruction this time last year, manager Seamas Plunkett is now keen on putting it on a more even footing.

Having pulled Laois senior hurling back from the brink of self-destruction this time last year, manager Seamas Plunkett is now keen on putting it on a more even footing.

After the county slipped down to the third tier of league hurling, Plunkett managed to arrest that slide last year and get Laois back into Division 1B.

Now that they are here, it is vital that they put down roots make sure there is no rapid return to the lower depths.

That is the challenge facing Plunkett and his squad this year, and it is some thing he is well aware of. For someone who has devoted so much of his time to the development of hurling in the county, he knows that Division 1B has to be the least of their ambitions.

So it is no surprise then that his main goal for this year’s league campaign is to make sure they are looking forward to a Division 1B campaign this time next year too. “We want to keep developing and keep building strength in depth, and to improve and move forward.

“I think staying in Division 1B is very important to help us improve the level and quality and speed of our hurling, and that was one of the starting goals for all of us at the beginning of the year.

“We will fight to achieve that, and take every game on its merits, and hopefully at the end of it we will have enough points to do that, or maybe even make a quarter-final.”

The obstacles to Laois achieving that goal have already started to crop up, however. It started with Cahir Healy’s decision to go travelling for the year, thus robbing the team of one of their most consistent performers from last year.

Since his departure, more and more players have started to drop out, for one reason or another. Zane Keenan and Gearoid Burke are no longer on the panel, James Walsh, Brian Dunne and John Brophy are all struggling with long-term injuries, and Willie Hyland recently broke a finger, to put his participation in this Sunday’s game in doubt.

That’s half of last year’s team, and Plunkett knows one of his biggest challenges will be restructing the team in the absence of those missing players. “It is a blow to the development of the team.

“We have a chance now though to develop some strength in depth, and we have brought in a lot of younger players, We have some players from last years minor team and they are very gifted hurlers. I am very confident that they will adjust to the level, and they have shown up well already and earned the respect of the players.”

When things get up and running with the Offaly game this Sunday, it will be the start of a hectic schedule that runs from the league into the round robin series of the Leinster championship.

The league runs up to March 23, not including any playoff games which Laois could find themselves in, and then they will have just a few short weeks to pass before the Leinster Championship begins with a trip to play Westmeath in Mullingar.

It will be a huge test for all involved, and Plunkett knows both he and his players will have to be ready for everything that lies ahead. “The league will be tough, we only have a six day turnaround between the Offaly game and Cork game, and that’s the beginning of a pretty busy schedule that goes on throughout Spring.

“You will have no real time to draw breath, but we have a good bit done and we will have to be well prepared both physically and mentally, but this is where we want to be.”