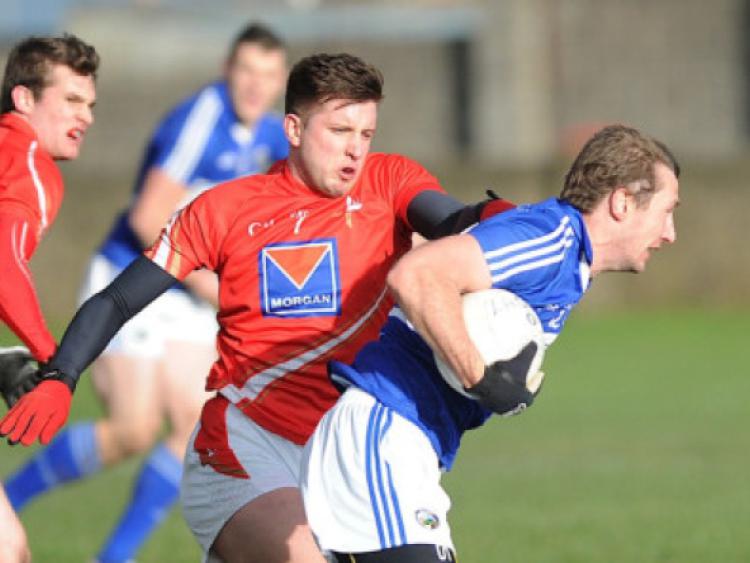 Laois manager Tomas O Flatharta spoke of his delight with the improvement his side had shown, as they bounced back from a heavy defeat to Donegal with a hard-fought three point win over Louth on Sunday.

Laois manager Tomas O Flatharta spoke of his delight with the improvement his side had shown, as they bounced back from a heavy defeat to Donegal with a hard-fought three point win over Louth on Sunday.

It handed the Kerry man a first league win in charge of Laois, and while that was significant in itself, he was just happy afterwards to have seen the improvement in his team from the week before. “We played about 45 minutes of the game with only 14 men, and more than anything we were looking for an improvement, and our performance was better than last week.

“I thought the character of the team and the passion, and the way that they played for one another when they had 14 men, they deserve credit for that.”

While the Laois boss was happy to see the performance levels turned up a few notches, he was quick to point out that Laois have plenty of area they can be working on ahead of the Galway game in three weeks time. “What we were looking for after last week was an improvement, and I think we got that today.

“There are still a good few things that we need to be working on, we were taking the ball into contact a lot of the time and some of our decisions, with our kicking in the second half, we need to improve on that.

“In one way it’s good to get a result when you take into account all the wides that Louth kicked, so we’re pleased with it.”

For the second game in a row, Laois finished strongly, and while it counted for little in the game against Donegal, it was very important here as Laois’ strong finish won them the game.

It’s a trend which O Flatharta has noticed, and so far has been pleased with. “It seems, over the last few games, that that is one thing that is very noticeable. We’re finishing games very strongly, and I think that was evident again today.”

Another positive for Laois to take from the win was the return to the team of Colm Begley, who was introduced as a second-half substitute, something which pleased the Laois boss. “Yeah, Colm has been out a while, we were missing him for the first few games, and that was his first time playing football (this year) and I think he might be out of breath a bit! But he’s fine, it’s good to have him back, you need all your players available to you.”

With Galway now up next, O Flatharta will be looking for further improvements in that game. “We’re playing Galway in March, we have that game at home, but we have an awful lot of things to work on, but we will be focussing on them and Galway over the next week or two