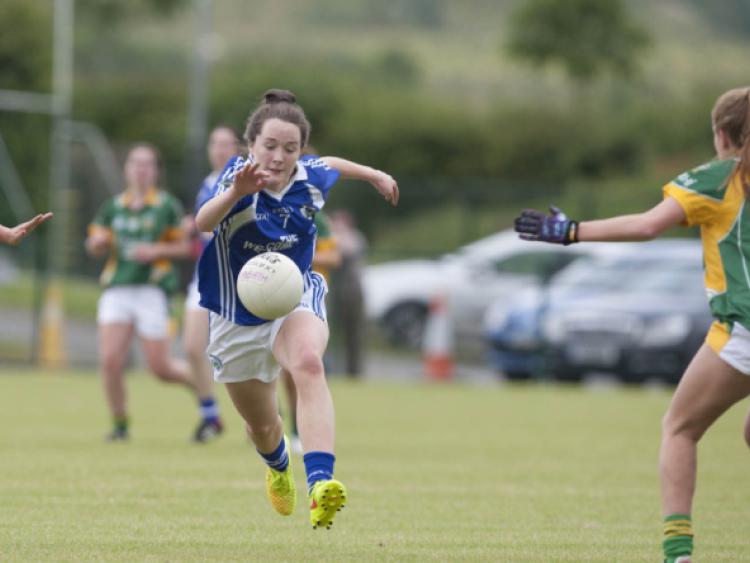 The Meath players sloped off the pitch in Crettyard on Sunday afternoon understandably shell-shocked.

The Meath players sloped off the pitch in Crettyard on Sunday afternoon understandably shell-shocked.

Laois somehow managed to overturn a seven point second-half deficit into a two point win to book their place against Dublin in the provincial decider. Credit must go to Des Cooney’s charges who kept their heads to muddle their way back into the game and eventually snatch it from the death with two points to spare, winning out on a final score line of 4-12 to 3-13.

Meath were first out of the blocks through Shauna Ennis, while Rachel Williams responded for the home side having been released by Eimear McWey. Laois keeper Ciamh Dollard was called into early action with an excellent smothering save from Meath’s Megan Collins in the fifth minute, but Dollard’s goal would be breached four minutes later however for the first of the games seven green flags.

Jenny Rispin found Katie O’Brien who made no mistake from ten yards, drilling home to give the royals a 1-1 to 0-1 lead on the ten minute mark. Tracey Lawlor sprung into life the seventh minute to register Laois’s first goal. Rachel Williams was found with a good pass from Anna Moore, and she released to the on-rushing Lawlor who burst through the Meath defence and fired home low to the net.

Meath hit straight back with a goal of their own, when Alice Davis’ initial shot was blocked by Dollard but the number twelve was on hand to dispatch the rebound. Jenny Rispin and Laois’s Martina Dunne swapped points before Laois found the Meath net for the second time.

Laura Marie Maher was hauled down as she was heading towards goal, and Martina Dunne made no mistake from the resulting spot kick, leaving the score board reading 2-3 to 2-2 in favour of Meath. Further misery was heaped on Laois in the twenty seventh minute when O’Brien managed to slalom past the Laois rear-guard before superbly rounding Dollard and placing home from five yards for her second three pointer.

Meath’s raiding half back Emma Troy completed the first half scoring with a an excellent solo run and score to leave Laois trailing by five at the break, 3-6 to 2-4.

O’Brien opened the scoring in the second half from a placed ball. As in the start of the first half, Rachel Williams responded with a neat twenty yard point after working her way in from the left hand side. Meath’s Emma Troy fired over her second point again from a marauding run from half-back in the thirty ninth minute to put seven between the sides 2-7 to 3-11. Even the most optimistic of Laois supporters were now beginning to think it wasn’t going to be their day.

Despite the deficit, the fact that Laois centre half back Fiona Dooley was now beginning to get to grips with Meath lynchpin Katie O’Brien was cause for hope. That hope manifested itself on the score board when Martina Dunne scored her second from the spot in the 46th minute, reducing the deficit to three.

Tracey Lawlor’s goal two minutes later was further evidence as to why the Sarsfields stalwart is now considered a legend in the Ladies game. Lawlor picked up possession on the 50 yard line and worked her way to the edge of the area before unleashing a pile diver to the roof of Monica McGuirk’s net to leave just a point between the sides.

A minute later the sides were all square through a superb long distance effort from Martina Dunne, the score board now reading 4-10 to 3-13 as the game entered the dying minutes.

Neat interplay between Sarsfields duo Rachel Williams and Laura Marie Maher saw Maher fouled. Tracey Lawlor’s trusted left boot converting from 35 yards, giving Laois the lead for the first time as the clocked ticked into injury time. An incisive run from the battling Maggie Murphy gave Lawlor the opportunity to cement the victory from another placed ball, which she duly did with the last kick of the game.