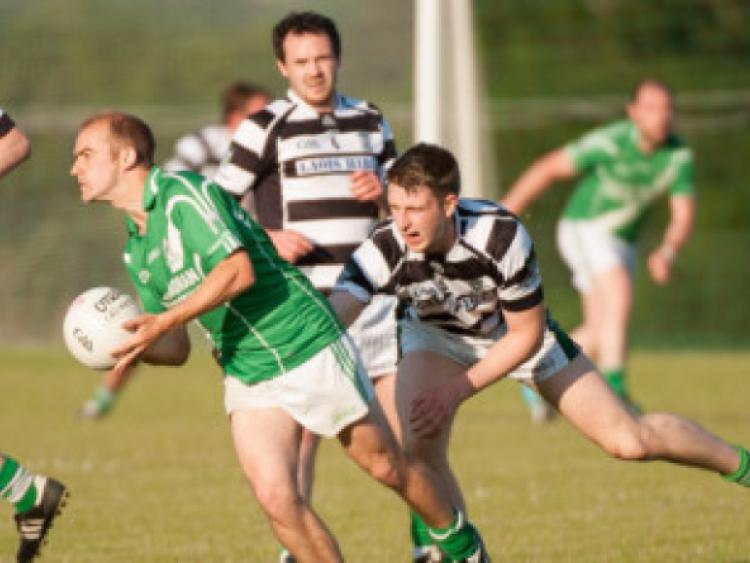 At the same time as the Laois Senior hurlers squared-up to Waterford, Portlaoise convincingly claimed victory over Killeshin with thirteen points to spare in Killeshin’s new pitch on Saturday evening.

At the same time as the Laois Senior hurlers squared-up to Waterford, Portlaoise convincingly claimed victory over Killeshin with thirteen points to spare in Killeshin’s new pitch on Saturday evening.

With this win, Portlaoise continue to sit pretty at the top of Division 1 as they collected their seventh successive victory on a run which stretches back to early April, while Killeshin sit at the lower end of the table.

Portlaoise opened their account with a minute on the clock with a Paul Cahillane point, before Dean Cullen, Craig Rogers and Cahillane all raised the white flag to send Portlaoise four points ahead after eight minutes as Killeshin struggled early on.

Killeshin found their footing soon after and following four points in five minutes from Cathal Brennan (3) and Damien Lowry they found themselves back on level terms. Adrian Kelly and Aaron Rafter exchanged points with Cathal Brennan, before Portlaoise began to dictate the play once again.

Portlaoise went on to fire six unanswered points with Rogers (3), Cahillane, Ricky Maher and Liam McGovern all adding to the scoresheet as Portlaoise went seven clear heading into injury time. Killeshin found time to pull one back before the break through Cathal Brennan to cut the deficit to six at the interval.

Portlaoise continued to have things their own way in the second half - with Killeshin failing to restart their scoring for seventeen minutes. In that seventeen minutes, Portlaoise had racked up six points through Rogers (2), Cahillane (2), Rafter and Murry Rogers to see them double their advantage to twelve points.

Killeshin managed to pull three back through Cathal Brennan (2) and Aaron McGrath, but Portlaoise wasted no time in restoring their lead with Ricky Maher (2), Rogers and Cahillane all splitting the posts to see Portlaoise run out comfortable thirteen point victors on the day.