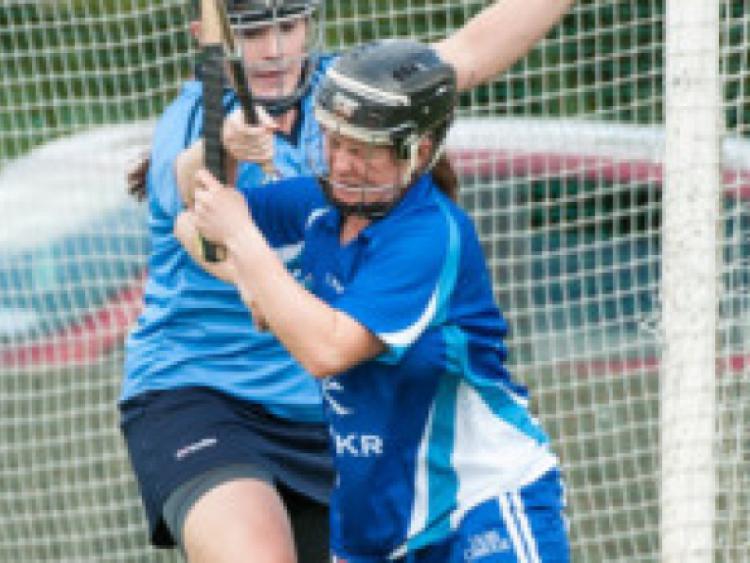 Laois are back on track in their quest for All Ireland glory and showing that they are again heading in the right direction.

Laois are back on track in their quest for All Ireland glory and showing that they are again heading in the right direction.

The recently crowned Leinster Junior Champions travelled to St Oliver Plunkett’s GAA grounds on the fringes of Mullingar last Sunday and defeated a strong Westmeath side by eight points. This is a massive turnaround from their defeat by Dublin the week.

The girls were out to show their true form in Mullingar this week and that’s exactly what they did.

After a super display in the first-half they opened up a 1-8 to 0-4 lead and while Westmeath came back strongly in the second-half, Laois were always in control and secured a very important two points.

Laois goalkeeper Laura Dunne was on top of her game keeping a clean sheet despite a few attempts on goal by the Westmeath forwards. She cleared her lines well every time and made a fantastic save after 20 minutes, deflecting the sliotar over the bar from close range.

The Laois backs were well on top of the Westmeath forwards for the most-part, with notable performances from Sarah Anne Fitzgerald, Eimear Delaney, Rosemary Bermingham and especially Aisling Dunphy.

Sile Burke, who has been very consistent this year, was fantastic in midfield again, winning nearly every fifty-fifty ball. The all Harps half-forward line of Claire Walsh, Louise Mahony and Elaine Mahony put in a sizeable contribution to the Laois attack as did the all Camross full forward line of Dawn Mortimer, Niamh Dollard and Olga Parkinson.

Some lovely passing moves from Sarah Anne Fitzgerald and Louise Mahony set up Dawn Mortimer to score a lovely goal after 26 minutes which rallied the team and helped to open a scoring gap that would never be closed.

Alison McEvoy and substitute Lizzy Ryan also scored good points from play, while captain Sarah Anne Fitzgerald struck a long range free. However it was Louise Mahony, with all her little tricks and turns that really lit up the scoreboard for Laois with a personal tally of nine points with four from placed balls.

Westmeath’s Dinah Loughlin was the one to watch on the Westmeath side and playing as a third midfielder, she was a constant threat to Laois, especially when she linked up with her centre forward Mairead McCormack. Loughlin scored six points in total, three from placed balls while McCormack scored two good points.

Westmeath’s two other points were scored by Joanne McCormack and captain Denise McGrath. Laois were by far the better team on the day and have got back on winning form after last week’s blip against Dublin.

Laois next game is at home to a very strong Down team on July 13.