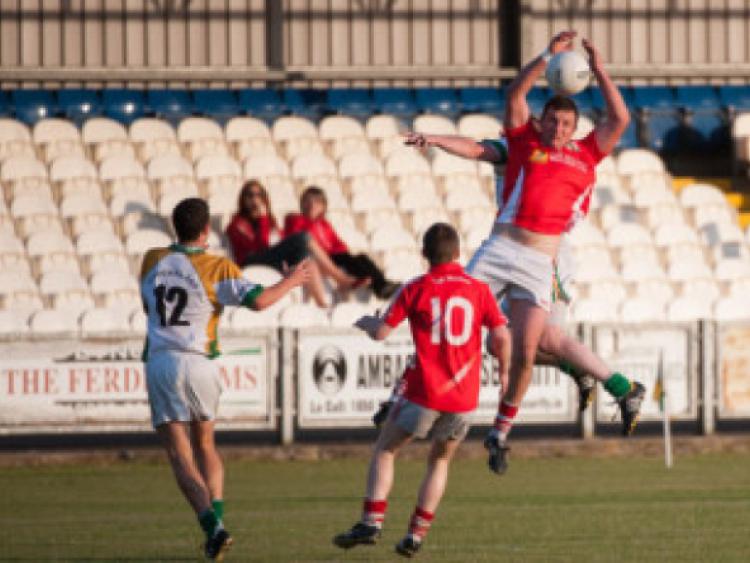 Crettyard recorded a crucial and hugely impressive victory in their battle to avoid relegation from Division 1 as they dispatched fellow strugglers Timahoe with ease at home on Saturday evening.

Crettyard recorded a crucial and hugely impressive victory in their battle to avoid relegation from Division 1 as they dispatched fellow strugglers Timahoe with ease at home on Saturday evening.

On the pristine playing surface in glorious sunshine, they won every individual battle on the field over the course of the hour with their half-forward line in particularly impressive form scoring 1-7 between them. Timahoe had no answer to the pace, movement and overall work-rate of the home side managing just four scores over the course of the game with two of those coming very late in proceedings.

After Mark Lyons and Ruairi O’Connor exchanges early points, Crettyard took total control of the game with the breeze at their backs. Two points from Aran Murphy extended the lead before a scrambled goal from Eoin O’Shea put five between the sides.

Timahoe were struggling to get out of their own half as Crettyard continued to dominate possession with Cormac Murphy finding the target to extend the advantage.

With 21 minutes on the clock, Crettyard struck for their second goal when a great move involving Christoir Maher and Cormac Murphy opened up the space for Mark Lyons and the marauding wing-forward applied an equally good finish to the top corner of Rohan Hayden’s net.

The scoring from Crettyard continued to the end of the half with points from Christoir Maher (2) and Cormac Murphy leaving them 2-7 to 0-1 ahead at the break.

There was no let up after the restart either from Crettyard as they continued with the same pace and purpose as they ended the first 30 minutes.

Another excellent move opened up the static Timahoe defence with John Graham playing the final pass to Conor Berry and the wing-back made no mistake with the finish to the back of the net.

Christoir Maher and Cormac Murphy added further points to put 17 between the sides before Timahoe finally ended a 37 minute wait for a score when Sean Ramsbottom slotted over a point.

With the game well and truly won by Crettyard, the pace not surprisingly dropped in the final ten minutes. The sides added a further two points apiece with Cormac Murphy and Mark Lyons rounding off the scoring for Crettyard while Robbie Foyle and Ruairi O’Connor tacked on scores for Timahoe.

The result moves Crettyard level on points with Timahoe with two rounds of games to go. Both sides have four points and are clear of Ballyroan who remain without a point after nine games.