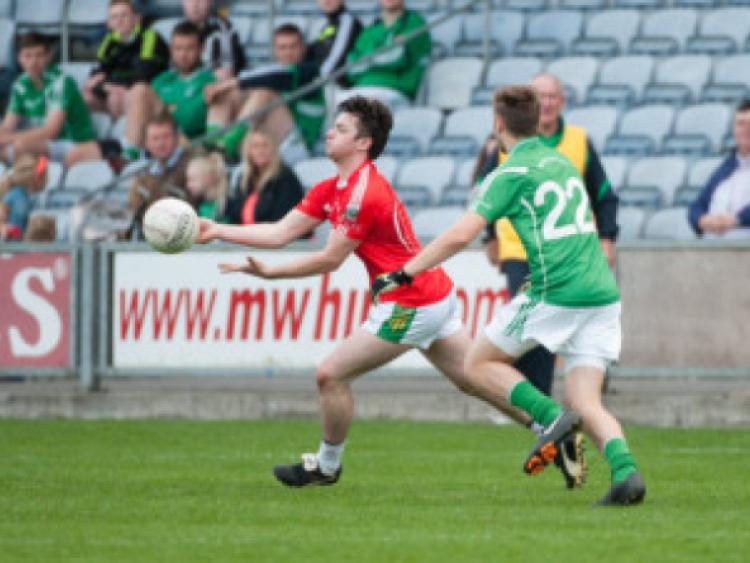 Killeshin overturned a seven point first half deficit to run out three point winners over Ballylinan in this exciting SFC clash on Sunday.

Killeshin overturned a seven point first half deficit to run out three point winners over Ballylinan in this exciting SFC clash on Sunday.

In one of the best games this year, in either this competition or the phantom SFC which preceded it, Killeshin had enough in the tank to squeeze home.

The first half of this game was as good as you could hope to see anywhere, with Killeshin leading 1-10 to 1-9 having trailed 1-6 to 0-2 after twelve minutes.

As the teams trudged off to the dressing rooms, supporters had been treated to a total of 2-19, with 2-15 of that coming from play, and some of the scores were right out of the top drawer too.

The Killeshin goal was one of those, a sweeping team move starting in their own half back and line and finishing with Eoin Lowry thumping the ball to the net from 12 yards out.

The pace of the game slowed somewhat at the start of the second half, which was understandable in some respects, but it picked up again in the final quarter. With the teams level in the dying minutes, Killeshin captain Cathal Brennan took control of proceedings, hitting three points in four minutes to guide his team into the quarter-finals.

Ballylinan had made a blistering start, with Ciaran Farrell toe-poking the ball to the net on the two minute mark to get them up and running on the right foot. Gary Walsh added a free moments later before Killeshin got on the scoresheet through Damien Lowry.

Ballylinan were in their stride however, and Gary Walsh hit a quick-fire brace to put Ballylinan five ahead. Cathal Brennan tapped over a free at the other end but there was to be no slowing down Ballylinan, with Alan Farrell pointing at the end of a good run.

Ciaran Farrell and Gary Walsh found the target moments later as Ballylinan opened up a seven point lead, as Killeshin looked to be in real trouble.

In times like this, you’re best course of action is always to remain calm and play your way out of it, and that’s exactly what Killeshin did. Starting with a point from Stephen Attride, they went on a run of scores which would see a nine point turnaround in just 11 minutes.

Damien Lowry hit a double, Attride hit the target again while Cathal Brennan and Arnie Mahon also slotted over as Killeshin whittled the lead down to just one point, 1-6 to 0-8. Then, winning possession on their half back line, some clever passing got them out of trouble before Stephen Attride’s raking ball up to the full-forward line saw Cathal Brennan set up Eoin Lowry, and his powerful shot flew past Darren Burke in the Ballylinan goal.

To Ballylinan’s credit, they hit three points before the break, with two in response from Killeshin to leave one in it at the break, 1-10 to 1-9.

In contrast to the first half, the second half was a slow burner, with just two points in the opening 10 minutes, both of them going to Ballylinan to give them a one point lead.

David Aston landed a long range free to level the game for Killeshin, and two more points apiece for both teams meant the teams were still deadlocked with a little under eight minutes to play.

Cometh the hour, cometh the man then for Killeshin, as Cathal Brennan got them over the line. It started with a free, before he fisted the ball over the bar after Eoin Lowry and Damien Lowry had missed goal chances. Another free from Brennan then put the seal on it in the last minute, as Ballylinan’s attempts for a late goal proved fruitless.