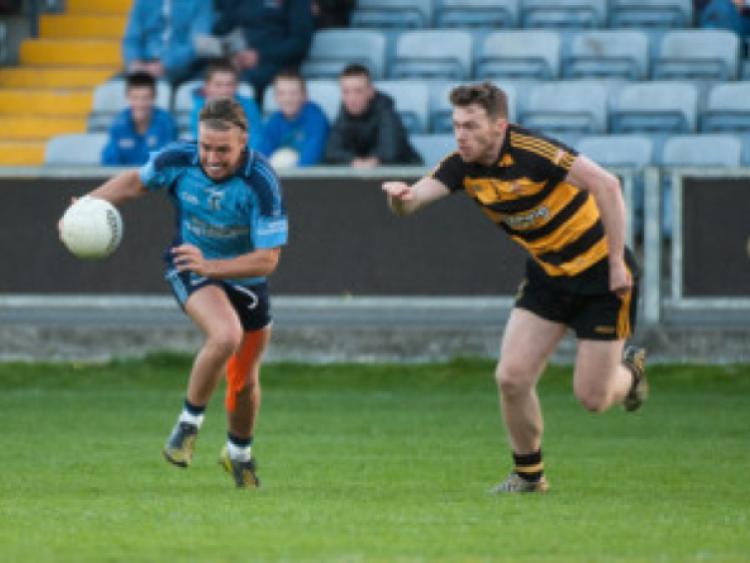 A stunning performance from Ballyroan Abbey’s MJ Tierney light up this SFC clash on Sunday night, as the teams must do it all again this Wednesday night.

A stunning performance from Ballyroan Abbey’s MJ Tierney light up this SFC clash on Sunday night, as the teams must do it all again this Wednesday night.

Tierney finished with a personal tally of 1-9, with his goal in the 42nd minute as good as you could hope to see anywhere. Picking the ball up 30 yards out, he took a few steps before rifling a shot into the top corner of the net.

It took everybody bar Tierney himself by surprise, and it sparked a comeback for Ballyroan Abbey, who looked to be heading for the exit door up to that point.

The teams couldn’t be separated in the final ten minutes, as The Heath twice went in front only to see Ballyroan Abbey draw level on both occasions.

It sets things up nicely for the replay, where The Heath will have to come up with a plan to stifle Tierney’s influence. He was the stand out player on the field here, with some of his scores in the second half, aside from the goal, out of the top drawer.

Overall, however, the game itself was a little disappointing, with a surprising lack of atmosphere given the history between the two clubs. It was played in near silence at times until the final 15 minutes or so.

It took over six minutes for the game’s first score to be registered, with Evin Keane opening the scoring for The Heath. Tierney pointed twice for Ballyroan Abbey either side of a Colin Nestor effort for The Heath to leave the sides level at 0-2 each after ten minutes.

The Heath then seemed to take control of the game, rattling off five points in a row. Chris Bergin was at the heart of that run, scoring four of those five points, starting with a free. He added another from play before Eoin Delaney fired over from close range, with Bergin hitting the target twice more to put The Heath 0-7 to 0-2 to the good.

Padraig McMahon and Evin Keane traded pointed before Ballyroan Abbey hit three on the spin to get back in contention, Ciaran Keegan, Tierney and McMahon all on target. It was Keane once again who replied for The Heath, and while Tierney popped over another free, The Heath would finish the half strongly.

Tony Connolly was hauled down as he raced through on goal to earn a penalty, and Chris Bergin slotted it into the bottom left corner, despite Gary Scully getting fingertips to it. Tierney slotted over a free at the other end, and The Heath led by four at half time, 1-9 to 0-8.

The second half saw The Heath start brightly, with Eoin Delaney squeezing a shot over the bar from a tight angle and Chris Bergin tapping over a free. Ballyroan Abbey were in on goal four minutes later, but Jamie Whelan’s effort flew over the bar.

When Tony Connolly restored The Heath’s six point lead a couple of minutes later, it looked like they were on control of proceedings, but then Tierney’s moment of magic turned the game on its head.

The Heath twice went ahead in those closing stages, with Chris Bergin on target from frees on both occasions. Ballyroan Abbey were not to be outdone, however, and first Tierney and then Mark McDonald hit the target to ensure the teams would have to do it all over again.