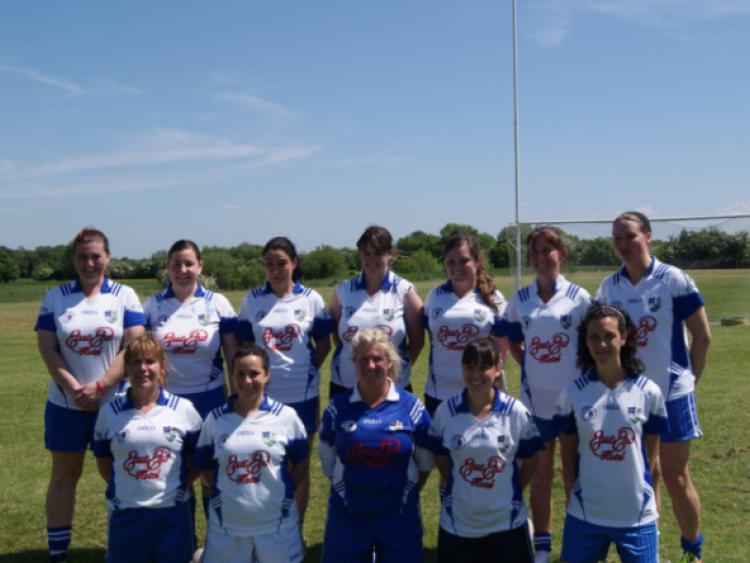 St. Conleths Gaelic4Mothers & Others team recently had their first ever outing but it is a story with an unusual twist.

St. Conleths Gaelic4Mothers & Others team recently had their first ever outing but it is a story with an unusual twist.

Half of the team is made up of Spanish girls who have come to work in Killenard as au-pairs and took up ladies Gaelic football as part of their introduction to the Irish way of life.

They have been training hard for the past few weeks and their Gaelic skills are coming along nicely.

A recent appeal on radio for football boots for the girls proved very successful and they, along with the rest of the ladies from St. Conleths, made their debut when they took part in the recent Leinster Gaelic4Mothers & Others Blitz Day in Kinnegad. In weather more associated with Ibiza than Ireland, they showed off their array of skills in the sunshine as they played teams from Dublin, Kildare and Kilkenny. Some early frustration at being pulled up for hand-passes that weren’t quite what the rule-book intended soon gave way to some very impressive catching and kicking and by the end of the day the Spanish girls were slotting in very nicely alongside their Irish team-mates.

It proved to be very enjoyable occasion for all and the ladies are now looking forward to their next outing.