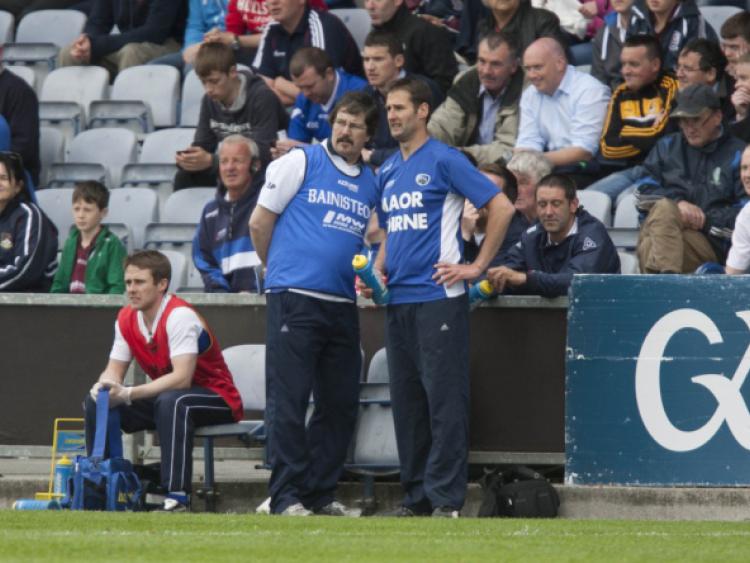 Seamas Plunkett could be forgiven for having been happy with putting Galway to the pin of their collar for most of Sunday’s game, but the Portlaoise man had no interest in that.

Seamas Plunkett could be forgiven for having been happy with putting Galway to the pin of their collar for most of Sunday’s game, but the Portlaoise man had no interest in that.

Laois are trying to move on from the days of moral victories providing enough sustenance to last them for a couple of years. “I’m not interested in moral victories or anything like that” said Plunkett afterwards.

“I wouldn’t say what I have been saying about this county if I didn’t think we were going to win matches. That would be very loose and false talk. It would be the wrong talk to give to these players, these players deserve more than that.”

While not one to peddle false hope, he was nonetheless supremely proud of his team after the performance they put in against last year’s beaten All-Ireland finalists. “It didn’t take today’s match for me to be proud of these Laois players.

“I was as proud of them coming off the field in Tullamore against Dublin last year. I felt for them. We were all Laois people. I know these players, I know their character, I know what they are made of.

“This doesn’t come as a surprise to me, might have come to a surprise to some people. We do need to build up a bit of experience but over time that will happen.”

As for the game overall, Plunkett felt that a couple of mistakes had cost his team in end. “When they got the goal back it did unhinge us. We knew we had to drive for the match at that stage. We had set ourselves up well defensively at the start of the game and I think that worked really, really well for us.

“I thought we set ourselves up well at the start of the match but when we pushed on, when we wanted to go win the match, we had to push some men up the field and when we did that, we probably left a little gap or two that actually cost us in the end.”

Over in the Galway camp, their manager Anthony Cunningham was fulsome in his praise for the efforts of the Laois players. “Laois were very good, very gutsy, great tackling, their workrate was excellent.

“They took some great scores as well from out the field. It’s great for hurling to see Laois back playing like that. We’re delighted to have got that strong game today, it will sharpen us up no end.

“I’d like to congratulate Laois on the year they are after having so far, Seamus and his backroom team - long may it continue.”

Long may it continue indeed.