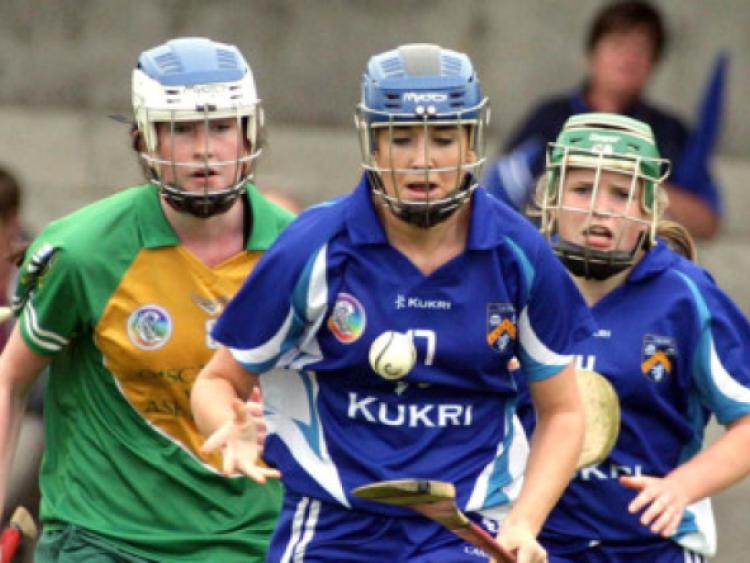 Second-half goals by Sile Burke, Louise Mahony and Niamh Dollard were of immense importance at Donaghmore/Ashbourne GAA Club last Saturday afternoon, as Mattie Collier’s Laois booked their place in the All Ireland Final.

Second-half goals by Sile Burke, Louise Mahony and Niamh Dollard were of immense importance at Donaghmore/Ashbourne GAA Club last Saturday afternoon, as Mattie Collier’s Laois booked their place in the All Ireland Final.

The O’Moore County now progress to the September 15 decider in Croke Park, where their opponents will again be Jim McMullen’s Kildare, who were extremely impressive during their 5-11 to 1-13 triumph over Down.

Laois’ quality was also evident from the word go against Westmeath, however, as three points from Louise Mahony, including two from placed balls, in as many minutes offered them a good early platform. Denise McGrath provided a constant threat in the Westmeath attack, though, and she restored parity to the contest after five minutes when she latched on to a fine delivery by Fiona Leavy, and finished coolly past Laura Dunne from close-range.

Laois did respond effectively to this set-back with a couple of fine scores by Mahony (‘45) and midfielder Claire Walsh, but they found themselves on level terms once again 13 minutes in, as Dinah Loughlin (free) and the ever-dangerous McGrath split the posts.

Laois’ shot selection was erratic at times during the opening period, but their accuracy in front of goal improved as the half wore on, and a brace of excellent Burke scores, along with one apiece from Walsh and Olga Parkinson, who completed an all-Camross full-forward line with Burke and Dollard, opened up some daylight between the teams.

Loughlin did cut into the Laois cushion with an expertly-converted 45-metre free, but they were hit with a sucker punch on the stroke of 30 minutes, when Dollard shot past Fiona Keating from a tight left-hand angle following some good approach play by Camross’ Parkinson.

A six-point lead (1-9 to 1-3) at the break left Laois in pole position to secure a spot in the competition’s showpiece, and thanks to a Dollard point two minutes after the restart, they moved even further in front.

Yet, the Westmeath challenge hadn’t completely disintegrated, and they reduced the deficit to four moments later when the outstanding McGrath capitalised on a loose ball in the Laois defence, before planting the ball into the top left-hand corner of the goal in spectacular fashion.

Mahony’s successful 36th minute ‘45 helped Laois to regain a stranglehold on the proceedings following this latest intervention by the Westmeath full-forward and, after a rather tentative period of play, Burke and Mahony both raised crucial green flags in the 44th and 45th minutes respectively.

However, the Laois rearguard struggled to maintain McGrath throughout the afternoon, and her superb 1-1 salvo did set-up a potentially tantalising finale. A clinical strike by Dollard produced her second, and the O’Moore girls’ fourth, major of the tie with nine minutes remaining and this ultimately determined the eventual outcome of the game.

McGrath incredibly brought her personal tally to 3-3 with Westmeath’s final score in this penultimate round fixture, before Laois concluded the game with fine efforts by lively substitute Grace O’Neill and The Harps’ Walsh. Laois can expect a much sterner test from The Lilywhites in Jones’ Road. The sides have already met twice this year with Kildare winning the Leinster Final while Laois gained their revenge in the first round of the championship.