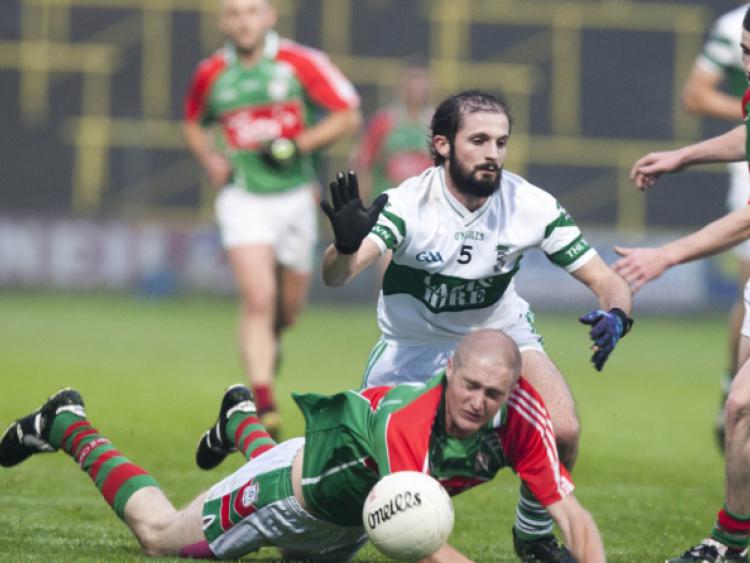 Graiguecullen’s incredible comeback from 12 points down against defending champions Portlaoise was the undoubted highlight on a busy weekend in the Laois Shopping Centre Senior Football Championship.

Graiguecullen’s incredible comeback from 12 points down against defending champions Portlaoise was the undoubted highlight on a busy weekend in the Laois Shopping Centre Senior Football Championship.

When Brian Glynn crashed the ball to the back of the Graiguecullen net early in the second-half, he put his side 3-6 to 0-3 clear and it looked as if Portlaoise were set to coast to victory.

However the six times defending champions failed to score for the remainder of the game and a fortunate goal from Ian Fleming gave Graiguecullen hope. They slowly edged their way back into the game and a wonder goal from Mark Timmons with the last kick of the game sealed the most unlikely of victories.

The win puts Graiguecullen into the quarter-finals while Portlaoise await the outcome of Thursday’s draw to see who they will face as they attempt to make their way into the last eight.

Elsewhere Arles-Kilcuise are also into the quarter-finals after a hardfought win over neighbours Killeshin. Kilcruise had led for much of the game thanks to a David Conway goal but Eoin Lowry’s goal for Killeshin in the second-half got his side right back into the game. They were in front briefly thanks to a point from Lowry but Kilcruise finished strongly to secure a four point win.

O’Dempsey’s are also through to the quarter-finals after pulling away in the second-half to record a comfortable win over Mountmellick. They hit seven points without reply soon after the restart and Michael Finlay put the icing on the cake with a late goal.

The winners of the postponed game between Stradbally and Arles-Killeen on Thursday will also make it through to the quarter-finals.

In the Round 2 qualifiers, there were wins for The Heath, Crettyard, Ballylinan and St Joseph’s who all remain in the championship and will be in the hat on Thursday for the third round draw.

However Emo, Timahoe, The Rock and Portarlington are all now just one game away from relegation with two teams dropping to the Intermediate Championship. In what are effectively two relegation finals, Emo will play Timahoe and The Rock will play Portarlington.

See this week’s Leinster Express for full reports on all seven games. On sale every Tuesday