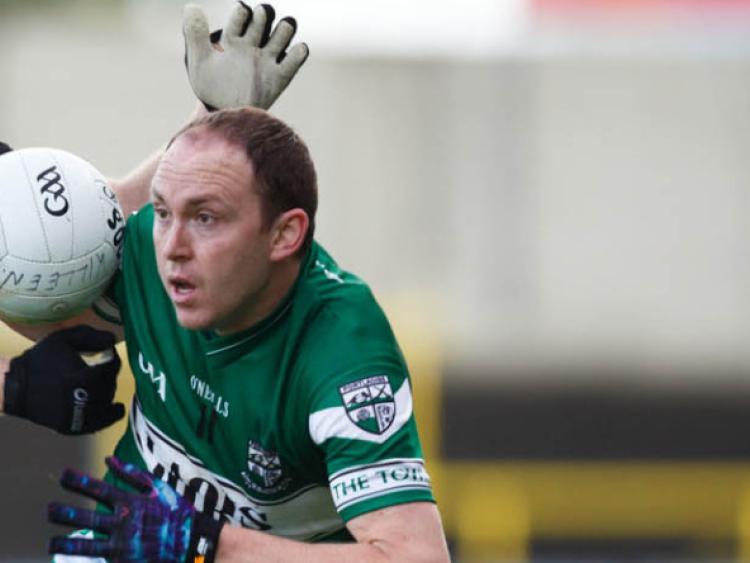 Portlaoise footballers Brian McCormack and Camross hurler Zane Keenan are the big winners in the Laois GAA awards after they were announced over the weekend.

Portlaoise footballers Brian McCormack and Camross hurler Zane Keenan are the big winners in the Laois GAA awards after they were announced over the weekend.

McCormack is honoured for his starring role in guiding Portlaoise to a record-breaking seventh Laois SFC title in a row, as he top-scored for them with 1-20 in a sparkling campaign.

Zane Keenan is honoured for doing likewise with Camross, as he dropped back to midfield and pulled the strings for Arien Delaney’s men to claim a surprise SHC title, their first since 2007.

In other football awards, Martin Scully, who was Man of the Match for Ballyroan Abbey in the IFC final against Clonaslee-St Manman’s, has been recognised for his form this year, while Kilcavan’s veteran attacked Mick Tarpey takes the Junior footballer of the year award.

Laois senior hurler Ben Conroy showed his impressive abilities in two codes this year, which sees him take the Junior B footballer of the year, while Killeshin’s Eoin Lowry is the minor winner, after helping Killshin-Crettyard to the MFC ‘A’ title.

The U-21 winner will not be announced until after the championship is finished.

In hurling, Abbeyleix man Stephen Reilly saw off stiff competition from his brother Eoin to be named Senior B hurler of the year, with Anthony Kirwan of Shanahoe getting the nod for the Intermediate award.

At Junior level, Portlaoise’s Chris Lynch takes the Junior A award, while John Paul Campion is selected as Junior B players of the year for Castletown-Slieve Bloom.

Ronan Delahunty is the minor hurler of the year after a string of impressive displays at midfield for The Harps Gaels. The Hall of Fame award goes to O’Dempsey’s man Jack Kenna, who was previously selected at wing forward on the Laois team of the Millenium, while David Moore (St Joseph’s) is the Referee of the Year.

St Fergal’s College Rathdowney and Scoil Chríost Rí Portlaoise will also be honoured for their success at schools level.

Winners in Scór, Ladies Football, Camogie and Rounders will be announced at a later date. The awards will be presented on November 23 in The Heritage Hotel.