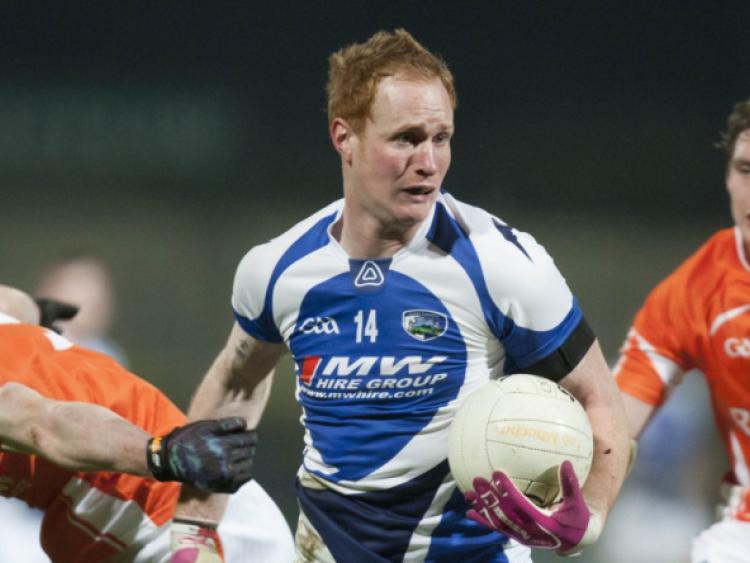 Padraig Clancy has confirmed he has retired from intercounty football after 14 seasons with Laois.

Padraig Clancy has confirmed he has retired from intercounty football after 14 seasons with Laois.

The Timahoe man played in 57 championship games during an impressive career, the highlight of which was a Leinster SFC title in 2003.

He is best remembered for his partnership with Noel Garvan during Mick O’Dwyer’s tenure as Laois manager, but remained a vital member of the Laois setup throughout his time in blue and white, with consecutive managers realising his importance to their respective teams.

He reinvented himself as a full-forward in recent years under Justin McNulty, but was restored to his more natural midfield position in McNulty’s final games, a testament to Clancy’s own longevity and talents.

His decision to retire means Ross Munnelly is now the only surviving player from that 2003 Leinster Championship winning side. It is also a blow to Tomas O Flatharta, who must now plan without Laois’ most experienced player.

Laois GAA Chairman Gerry Kavanagh has paid tribute to Clancy, saying “Padraig’s service to Laois GAA has been tremendous, and his dedication, determination and commitment are an example to players everywhere. A natural leader, he has won the respect and admiration of both team-mates and opponents over many years. We wish him all the very best in his future endeavours.”

As well as a Leinster title, Clancy also played for Leinster, and was on the All-Star trip of 2004 to Hong Kong, with Fergal Byron, Joe Higgins and Tom Kelly. He will continue to play with Timahoe.

Keep an eye out for our in-depth interview with Padraig over the coming weeks in the Leinster Express.