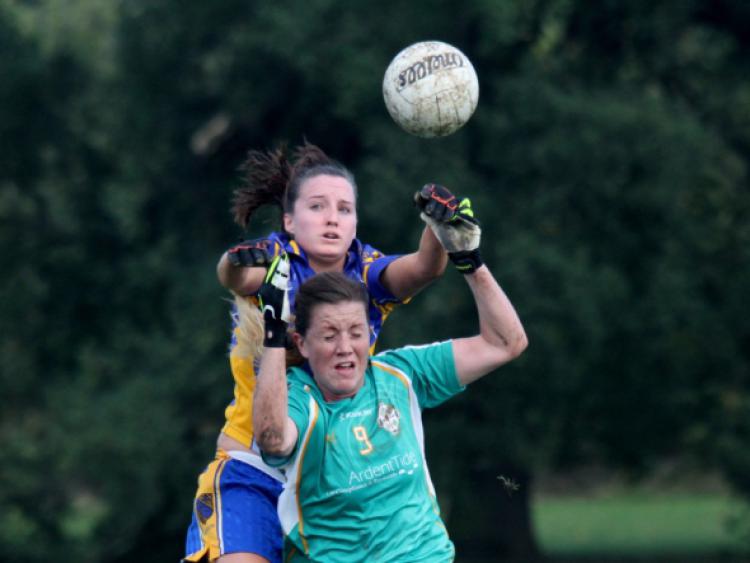 Sarsfields’ dream of an All-Ireland Final appearance took a step closer to realisation when they defeated British champions Parnells in the All-Ireland Senior Club Quarter Final in London on Saturday.

Sarsfields’ dream of an All-Ireland Final appearance took a step closer to realisation when they defeated British champions Parnells in the All-Ireland Senior Club Quarter Final in London on Saturday.

The facile win now sets the Laois and Leinster champions up for meeting with Connacht kingpins Carnacon of Mayo. The game, originally fixed for London GAA headquarters, was switched to the Tir Chonaill Gaels Club in Greenford because of flooding in Ruislip.

This was the first occasion in many years, in the Senior Club Championship, that provincial winners from Ireland were matched up with a team from the UK in the quarter-final and the score line would lead people to question the wisdom of such an arrangement.

On the other hand their opponents Parnells have an impressive history in the Club championships, having lost the Senior final in 1995 and last year they won the All-Ireland Intermediate final. Since then however, some of their brightest stars, such as Cavan’s Bronagh Sheridan and Galway’s Niamh Fahey have departed the scene.

In the opening exchanges the London side, with the advantage of a strong wind, coped well with the Sarsfields attacks and trailed by a manageable 0-5 to 0-1 after 20 minutes with the Mountmellick side’s scores coming from Tracey Lawlor and Meaghan Dunne.

Lawlor and Joyce Dunne controlled matters in midfield and the half back line of Alison, Emma and Mags McEvoy had little difficulty mopping up any threats to Grace Weston’s goal. In the remaining ten minutes of the half, the visitors consolidated their grip on the game as Lawlor and Clare Conlon found the Parnells net to leave Sarsfields in a commanding position, 3-6 to 0-2 in the lead, at the break.

The second half was generally one way traffic as the Leinster champions went through the motions and added 2-8 to their first half tally to run out comprehensive winners. Laura Marie Maher, Ciara Burke and Rachel Williams all got in on the scoring act with Louise Bergin and Hazel O’Connor providing much of the build up play. As the game entered injury time Lisa McSweeney took the bare look of the board with a well taken goal.

In an under employed Sarsfields backline Amy Grehan, Jenny McEvoy and Siobhan Fitzpatrick maintained their composure until the end, despite the concession of the late goal.

Coming within twelve months of their All-Ireland success the defeat was a huge disappointment for the Londoners who had excellent performers in Ann Marie Mohan, Lisa McSweeney, Geraldine Munnelly and the impressive Sinead McCooey.

For Sarsfields the reward is an All-Ireland Semi-final meeting with Connacht Champions Carnacon of Mayo on the week end of November 16/17.