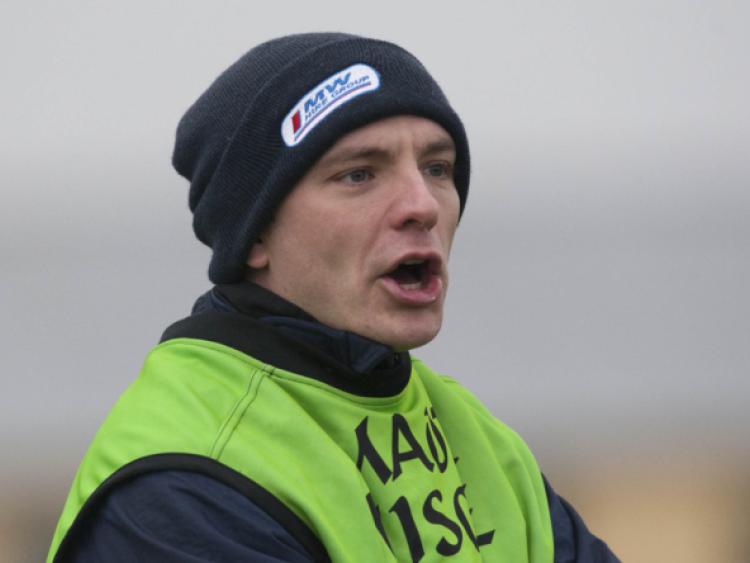 Laois manager Tomas O Flatharta believes that conditions certainly played a factor in Laois performance on Sunday afternoon, as his side rounded off the group stages of the O’Byrne Cup with a loss to UCD.

Laois manager Tomas O Flatharta believes that conditions certainly played a factor in Laois performance on Sunday afternoon, as his side rounded off the group stages of the O’Byrne Cup with a loss to UCD.

“Conditions weren’t ideal for football” admitted the manager. “From that point of view it wasn’t a great spectacle.”

The Laois boss was using the O’Byrne cup to have a look at his options. “We made a number of changes trying lads out, giving everyone an opportunity to let us see what we have. We were looking for a performance more than anything else and going on that we were fairly flat.”

O Flaharta has had a good opportunity to run the rule over his squad over the last week, and there is a youthful tint to the panel. “You have to have plenty of players.

“We have about seven or eight of the U-21 panel and I though they showed up well today. They’re going to be with us, the U-21 championship is after the second round of the national league so we’re going to give them down to the U-21s for about a week and a half or so.”

In terms of what he has learned from the games O’Flatharta feels quick football is the best way forward for Laois. “One thing that we’ve learned is that when we move the ball fairly fast it pays dividends for us. Even today when we had a lot of kick play it yielded a lot of scores for us.”

The former Westmeath boss is happy with the level of competition for places amongst the squad. “We can see that there is one or two young lads’ fighting for a place there which is always good, we’d like to have a fairly competitive environment there.”

Next up for Laois is the opening round of the national league against Donegal and O Flatharta is all too aware how difficult a task that presents. “That’s our next game so we have to prepare for that. Donegal are a big powerhouse the won the All Ireland two years ago, we just need to get everybody who’s injured get them mended for that game and be in shape for that.”

A number of important players are currently side-lined with injuries including Ross Munnelly, Kevin Meaney and Colm Begley, and there is a lot of doubt over whether they will be fit for the Donegal game

“I’m not sure if they’re going to be ready for the first round being honest about it, they have had some serious injuries. Kevin has a back injury and the other two lads between knees and shoulder injuries and groin injuries it’s going to be tough to see them in the first round I would say.”