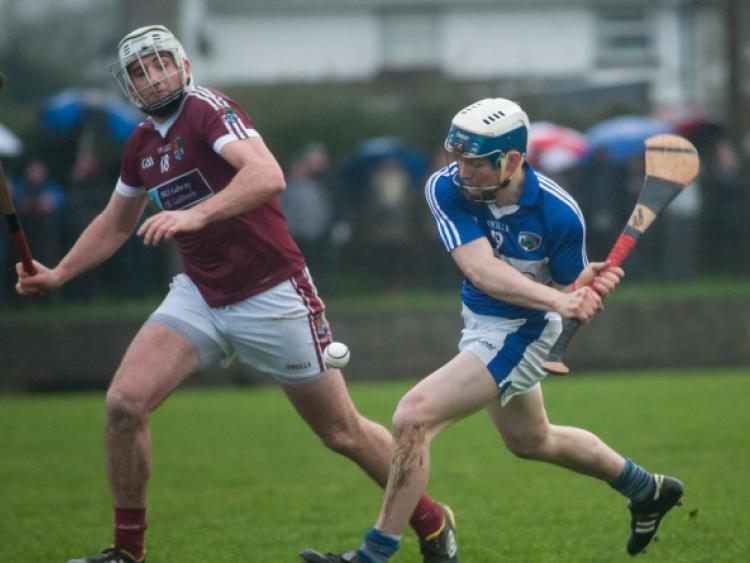 Laois senior hurlers got their season off to an eventful, if disappointing, start on Sunday afternoon, as they lost out to NUI Galway in the Walsh Cup at Rathdowney.

Laois senior hurlers got their season off to an eventful, if disappointing, start on Sunday afternoon, as they lost out to NUI Galway in the Walsh Cup at Rathdowney.

In horrendous conditions, both teams found the going fairly heavy as mistakes littered the game, but the result hinged on two red cards given in the second half.

Both of them were given against Laois, with Willie Hyland the first to go for what was deemed a wild pull on a dropping ball, before Willie Dunphy followed a little over ten minutes later for dissent.

Reduced to 13 men, there was little Laois could do in the closing minutes to stop the Galway attacks, and the students hit three points in injury time to take the win.

It was a disappointing start to the year but really it matters little in the overall scheme of things. The Walsh Cup counts for very little, with the biggest bonus of this competition the chance to play some games and blood some young players.

To that end, it was a good day out. Patrick Whelan made his senior debut at midfield and scored three points from play, while Dwane Palmer gave a glimpse of what was to come from him with a tidy display at wing back.

With a raft of injuries in the camp at the moment, things should only improve for Seamas Plunkett and his charges over the coming weeks and months, when the panel is restored to full health.

The early signs here were positive, with Stephen Maher putting Laois ahead inside of 30 seconds with a point from the right wing. NUIG were quick to respond, with a Conor Cleary point from distance, but Laois were on top in the early exchanges.

Cha Dwyer put them back in front with a nice point after being set up by Willie Hyland, before Matthew Whelan then pointed a long range free at the second attempt. Willie Dunphy then opened his account as Laois opened up a 0-4 to 0-1 lead after six minutes, but they had little time to bask in the glow of that good start.

Niall O’Brien pointed for the students before Kevin Lowndes then struck for the first goal of the game, when he advanced in the left wing and squeezed a shot past Eoin Reilly.

Laois responded well to the setback, with Stephen Maher rounding off a nice team move with a point, and Willie Dunphy nabbing his second of the game. They couldn’t keep it up, however, as some wayward shooting and poor shot selection saaw a number of chances wasted, and NUIG punished them.

Four points without reply put them three ahead, and while Laois did manage to eat into that gap, the students still lead at half time, 1-7 to 0-9.

Laois had their work cut out for them at the break, and it only got tougher early in the second half when Conor Cleary pointed a 65. Laois made quick work the deficit, however, when Conor Dunne picked out Willie Dunphy, and he fired a shot to the net to put Laois in front.

NUIG levelled moments later, but then Laois rattled off three points in a row to take control of the game. They were in a good position until Willie Hyland swung on a dropping ball and caught John Hansbury, and David Hughes produced a red card.

Laois held their own for the next ten minutes or so, and were leading with five minutes to go only for Willie Dunphy to be given a straight red card for dissent.

Laois got the next score after that, from Stephen Maher, but NUIG would hit five points before the final whistle sounded to kill off the game.

They had drawn level by the end of normal time, and then three points in the three minutes of injury time put the seal on a narrow win, and Laois can now look forward to game with old rivals Carlow.