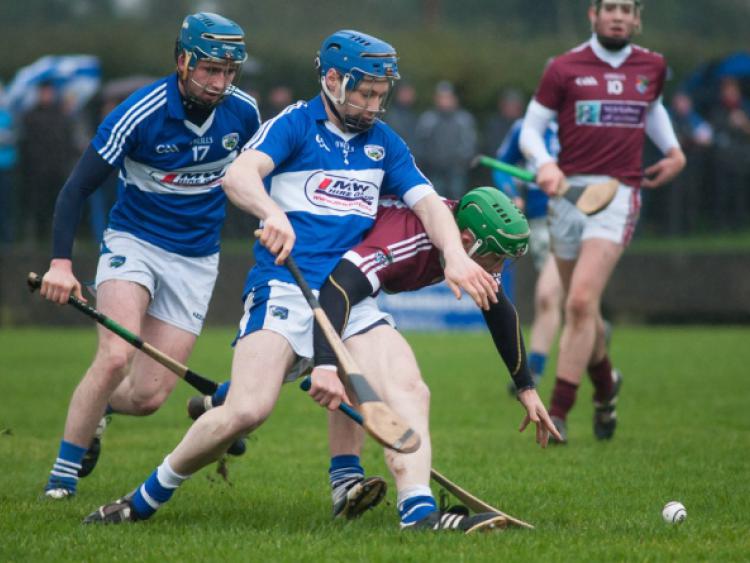 Laois senior hurling manager Seamas Plunkett saw his side open their 2014 season on Sunday afternoon, and the Portlaoise man is hoping his side can consolidate their place in Division 1B this year.

Laois senior hurling manager Seamas Plunkett saw his side open their 2014 season on Sunday afternoon, and the Portlaoise man is hoping his side can consolidate their place in Division 1B this year.

Sunday’s Walsh Cup game ended in defeat, as two second half dismissals saw Laois lose out to three late points from NUI Galway, and while Plunkett was disappointed to lose, he was already looking forward to the upcoming league campaign.

“The League is still a priority for us, Laois hurling is still developing and we are building a team, and to do that, you need to be playing Division 1B hurling at the minimum, but we need to set our goals higher than that, so it’s just stabilizing in Division 1B, and this year we’re pushing on, we’ll gather as much points as we can and see where that will take us to.

“It is still developmental as such, and we’re blending in players. Every team is probably doing that, if you look at Kilkenny, Cody will probably say he’s developing the whole time, but we’re definitely in that space at the moment, and 2013 brought good stability to it, but we are stepping up into much higher quality at the moment, so we’ll just have to step up our preparations to a higher plane just to take that on, and I have no doubt that we have.

“Looking at the overall level, there is a bright future for Laois hurling, provided that we stick closely together and work really, really hard.”

As for the game itself, Plunkett was disappointed to lose out to NUIG. “I thought in the first half we were just a small bit off the pace of the game. You could attribute that to the fact that we have done very little hurling so far, so our timing might be a little bit off, and we know from 2013 that will improve, so hopefully that will be the case this year.”

In the greater scheme of things, the Walsh Cup matters little, with the biggest benefit being the opportunity to blood new players, and to that end, Plunkett was happy. “This is what the Walsh Cup is all about, experimentation and bringing lads on and giving young players a taste of playing with the county. In that sense, I thought today was good. I thought Patrick (Whelan) in the middle of the field got on a lot of ball and provided outlets for the backs, so there were positives.”