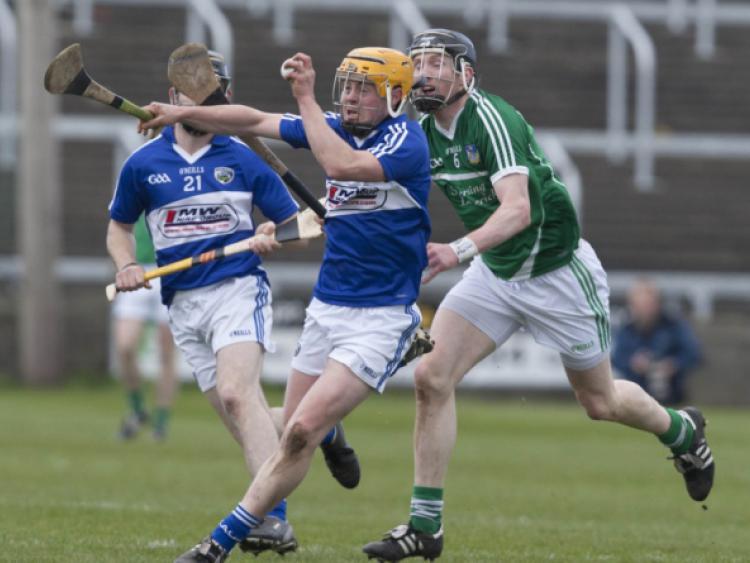 Seamas Plunkett admitted his side should have seen off the challenge of Limerick on Sunday afternoon, as he hopes that his players will learn from the experience.

Seamas Plunkett admitted his side should have seen off the challenge of Limerick on Sunday afternoon, as he hopes that his players will learn from the experience.

Leading by seven points at half time, Laois ended up losing by four as a couple of mistakes allowed Limerick back into the game, and speaking afterwards, Plunkett was disappointed his team failed to get a result. “We should have closed out the game” said Plunkett.

“I know Limerick stepped it up towards the end, but I thought we tired more mentally than physically. In terms of the positive side, it was a good performance, we did a lot of really, really good things, we’re certainly on track with the type of hurling we are trying to play and the type of performances we are giving.

“Like last week I would have to really commend the players for their performance, and the work they are putting in, not alone in training, but in games as well. It was nearly a carbon copy of last week, maybe ten minutes from the end with Wexford we drew level, and there was maybe ten minutes to go we were a couple of points up, and we just didn’t close out the game.

“We all know that that comes with experience of playing at this level, and we’re very much at the bottom rung of the ladder in terms of developing that, but I am happy with the performance, and I think Laois supporters would be happy with the type of hurling that we played and the performance the players gave.”

Laois have a lot going in their favour at the moment, but the one thing they are missing is top level experience, and Plunkett knows he will have to be patient on that count. “You need to be playing at this level for a few years to gain that level of experience and that trust in playing with one another, and I would be quiet happy to be patient about that.

“I’m very enthused to be looking forward at where we are going to go with the team, and I think we have identified areas we can improve on, and I think if we get that it will be very encouraging. I was speaking to Donal (O’Grady) after the game, and he was very impressed, not necessarily with Laois, but with the way we played. I think we’re on the right track and in the right place with that.”

It’s Clare up next for Laois, and Plunkett is looking forward to it. “I’m delighted with that, they are the teams we want, we don’t want to be playing anyone else. They are the teams the players want to play as well.

“If we’re welcoming the All-Ireland champions to O’Moore Park next weekend that will be fantastic, it will be a great shot in the arm for hurling in general in Laois, and for this team.”